For more than 40 years, Grand European Travel has been providing a wonderfully simple, and genuinely personal, way to travel.

Travel confidently with our global team

Arrive at Amsterdam Airport Schiphol. If your cruise package includes a group arrival transfer or if you have purchased a private arrival transfer, you will be greeted by a Uniworld representative and transferred to the ship.

We'll leave Amsterdam in the morning and head to the Province of Friesland in the northern corner of the Netherlands. Today we visit Lemmer, a resort town popular with Europe's yacht-owners and water sport enthusiasts.

In the evening, a special Captain’s Welcome Reception and Dinner will be prepared for you.

Meals Welcome Dinner
Choice of: Giethoorn, the "Little Venice" of the Netherlands

Giethoorn, the "Little Venice" of the Netherlands

This idyllic village is full of thatched roofs, lush greenery and lawns overflowing with colorful blooms. What it has virtually none of, on the other hand, is roads. Instead, locals live across a multitude of small islands connected by wooden bridges and get around by boat. This morning, you’ll have the chance to sail with your fellow guests through Giethoorn’s canals to get the best view of this pretty town.

Follow your guide through the streets of Lemmer to find yourself engrossed in stories of this town’s past and present. You’ll visit the town’s most important sites, getting a sense of how modern Lemmer is shaped by its history as a flourishing trade and fishing city.

The only seaport left in Friesland, Harlingen is a bustling fishing center and the launch point for ferries to local islands. A quaint town, its canals are filled with sailboats and lined by traditional Dutch houses and historic buildings. Harlingen’s beaches are an excellent place to relax and breathe in the salted air of the Wadden Sea.

Nijmegen is the oldest city in the Netherlands, having begun as an old Roman military camp over 2,000 years ago. Very close to the German border, its situation between the Meuse and Waal rivers renders its countryside particularly lush. In town, you’ll find hints of its Roman roots and Medieval castles. Notwithstanding its long history, Nijmegen is known for its upbeat and trendy atmosphere.

As you join a local guide on a walk through the streets of Nijmegen, you might be surprised by the youthful energy you find in the Netherlands’ oldest city. Discover a history that stretches back to the Romans and learn how this town recovered from World War II devastation to become the lively center it is today. End your visit in Nijmegen’s best shopping district, where you can branch out on your own to browse the small boutiques, popular chains and local restaurants available there.

Once a wealthy city known for its role in Dutch-Scottish wool trade, the Zeeland town of Veere is full of rich, Gothic-style buildings and is known to be particularly pretty.

When Hurricane Sandy hit New York in 2012, New York officials began to take serious interest in Dutch methods of controlling flooding. After all, the Dutch have been protecting lowland from the sea for 2,000 years; back in 1953, they responded to a storm—one not unlike Sandy—that flooded the countryside and killed almost 2,000 people by implementing a series of projects called Delta Works. You'll see exhibits about this engineering marvel in nearby Neeltje Jans and visit a storm-surge barrier, a massive set of gates and piers that allow seawater to flow with the tides in and out of the estuary during normal weather. During a major storm, however, the gates can be closed to keep out the surging water. This incredible feat of engineering is a fascinating sight—but the Dutch will tell you that it is just one more front in their ongoing battle with the sea, which many coastal cities around the world may be studying.

or "Let’s Go" Biking the Beach
Featured Excursions: Stroll into the Artists’ Village of Veere

Stroll into the Artists’ Village of Veere

A harbor village on the shores of the Western Scheldt, Veere may be a small town now, but its stately 15th-century town hall tells of a grander past. For three centuries it was the bustling center of the wool trade with Scotland; the wealth from this trade built the splendid church with its tall and ornate steeple that dominates the village, as well as the handsome mansions on its main street. Wander with the Cruise Manager through Veere’s central marketplace, where you will spot the well-known Scottish Houses, so called because Scottish wool merchants built them early in the 16th century when Veere was the primary port for Scottish trade goods. The Scots maintained a community in Veere, complete with their own church and laws, until Napoleon took over the region and eliminated their privileges. In 1896 an English art collector named Albert Lionel Ochs bought one of the two Scottish Houses and welcomed an enthusiastic group of international artists who were drawn to the scenic harbor and its fishing boats. For years painters set up their easels and painted the gentle seaside views, but after a dam closed off the harbor from the sea, the fishing boats left—and so did the artists. Today, the Scottish Houses serve as a lovely museum displaying the regional antiquities, folklore and life of the Zeeland province. And, interestingly enough, artists are once again painting in Veere, so perhaps a new colony will take root and flourish.

Despite having been destroyed during World War II, Rotterdam is now the largest seaport in Europe. When plans began to rebuild the city, Rotterdam decided to look towards the future. Known for its contemporary style, this city is unique in the Netherlands for being full of skyscrapers and whimsical architecture.

Choice of: The Hague with Mauritshuis Visit

The Hague with Mauritshuis Visit

Though Amsterdam is the capital of the Netherlands, The Hague is the seat of the country’s government and a fantastic place to visit in its own right. A favorite local highlight of ours, and your destination on this tour, is the Mauritshuis. This museum houses a significant collection of Dutch Golden Age masterpieces—an array of stunning still lifes and portraits, including Vermeer’s famous Girl with a Pearl Earring. Besides its remarkable collection, what makes this museum so special is its setting. The Mauritshuis itself was once a city palace, allowing the works of art inside to be presented in the manner they were originally intended, hanging on the walls of stately houses.

Rotterdam’s bustling market hall epitomizes the city’s penchant for innovative architecture. The massive tunnel-shaped building—the walls containing hundreds of apartments—is an awe-inducing sight. Inside, you’ll find the towering walls and ceiling entirely covered in a colorful nature scene, and rows upon rows of vendors selling local and international cuisine. As you weave your way around with your guide, we’ll treat you to a taste of Dutch favorites along the way.

We’ll start our journey for the day in Zaandam, where the Netherlands of yesteryear can be found in authentic wooden houses, windmills and craft shops. Then we return to Amsterdam, whose creative and unique local culture makes it one of the most sought-after destinations in Europe.

In the evening, a special Captain’s Farewell Reception and Dinner will be prepared for you.

There's an old saying: “God created the world, but the Dutch created their own land.” Today, as you head off to Zaanse Schans, a wonderful living-history village, you'll get a close-up look at the land the Dutch created. Zaanse Schans stands on the banks of the Zaan River, amid the Kalverpolder—land reclaimed from the sea 500 years ago and put to work supplying the needs of booming Amsterdam in the 17th century. Though the water was pumped away from the land via windmills, the windmills you see in Zaanse Schans were early industrial mills, dedicated to grinding spices, oil, flour—whatever the city growing nearby needed. Some 600 windmills operated here, forming the country’s earliest industrial zone; today six working mills stand atop the dike on the banks of the Zaan.

Floriade is a world horticultural exhibition that takes place only once every 10 years in the Netherlands. This is the seventh time that Floriade has been held, and this time it will take place in a beautiful location in Almere. “Growing Green Cities” is the theme of Floriade 2022, with the location itself—the grounds for a sustainable new city district called Hortus—serving as a prominent example. Scientists across the Netherlands, as well as international participants, will showcase their innovations for greener cities. After an introduction from your guide, you’ll have time to discover the many fantastic things Floriade has to offer. Sample healthful bites at the food pavilion, stroll the arboretum or hop on an aerial cable car to view it all from above.

It’s called the “Venice of the North” for a reason: Canals crisscross the heart of the old city, and bridges link some 90 islands. As the principal city in a newly independent Holland, Amsterdam was a boom town in the early 17th century, rapidly outgrowing its medieval walls. The city’s fathers responded by demolishing most of the old city and building an entirely new one, creating Europe’s first planned city. That “new” district is now 400 years old, and as you glide along the main canals, you’ll pass stately merchants’ houses built centuries ago (some of them are now house museums you can visit on your own). But the canals are not merely scenic; they are essential thoroughfares—people take water buses to work and live in houseboats along the banks—so a canal cruise also gives you a look at the busy modern city.

Note: The itineraries presented are subject to modification due to water levels, closures because of public holidays or other uncontrollable factors. Every effort will be made to operate programs as planned, but changes may still be necessary throughout the cruise. This day-to-day schedule is subject to change. Your final day-to-day schedule will be provided onboard on the first day of your cruise. 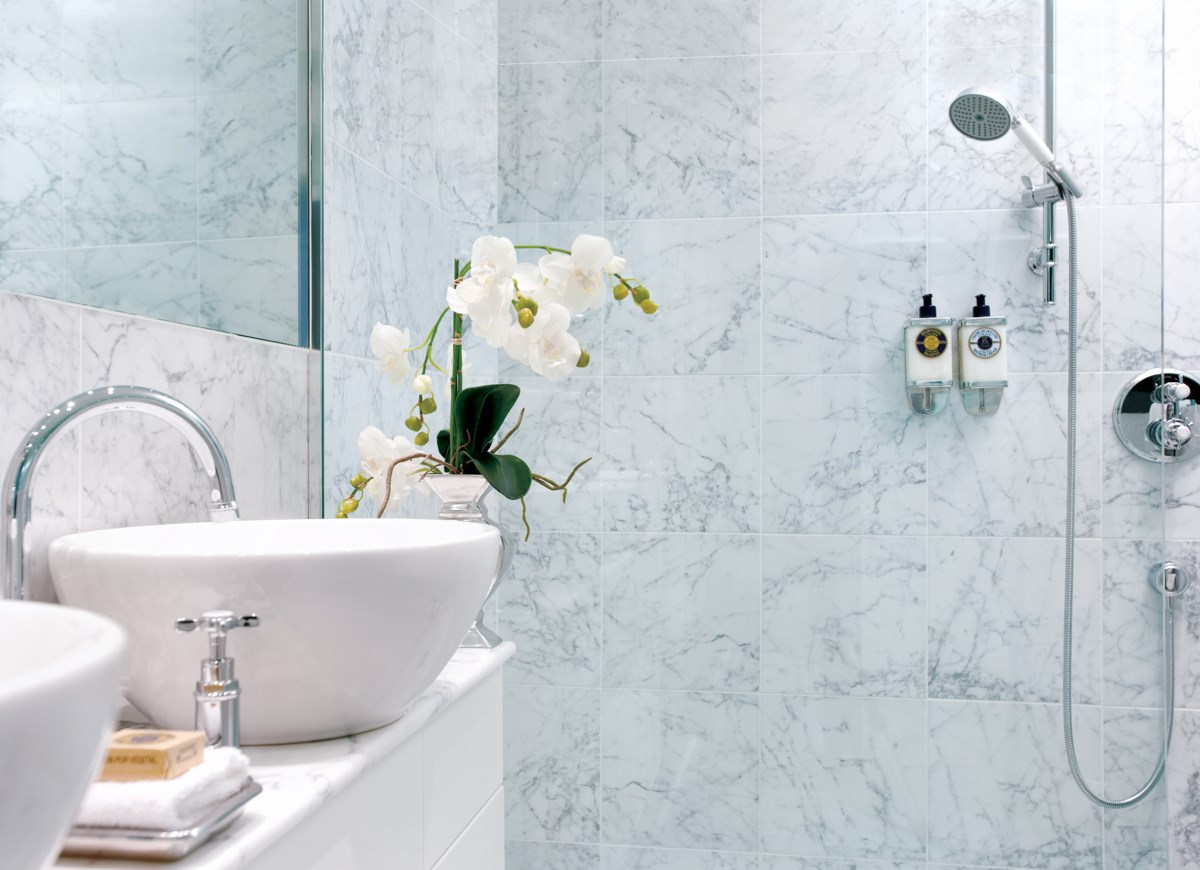 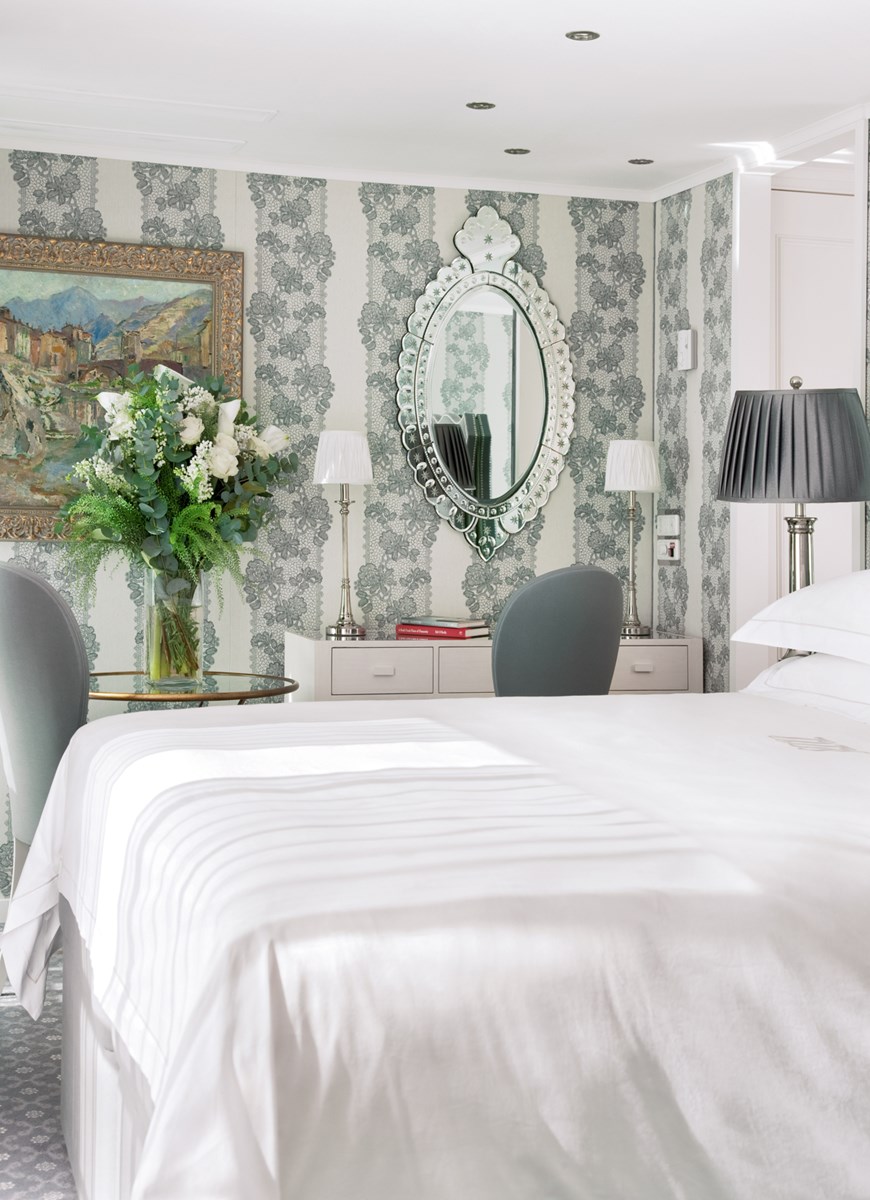 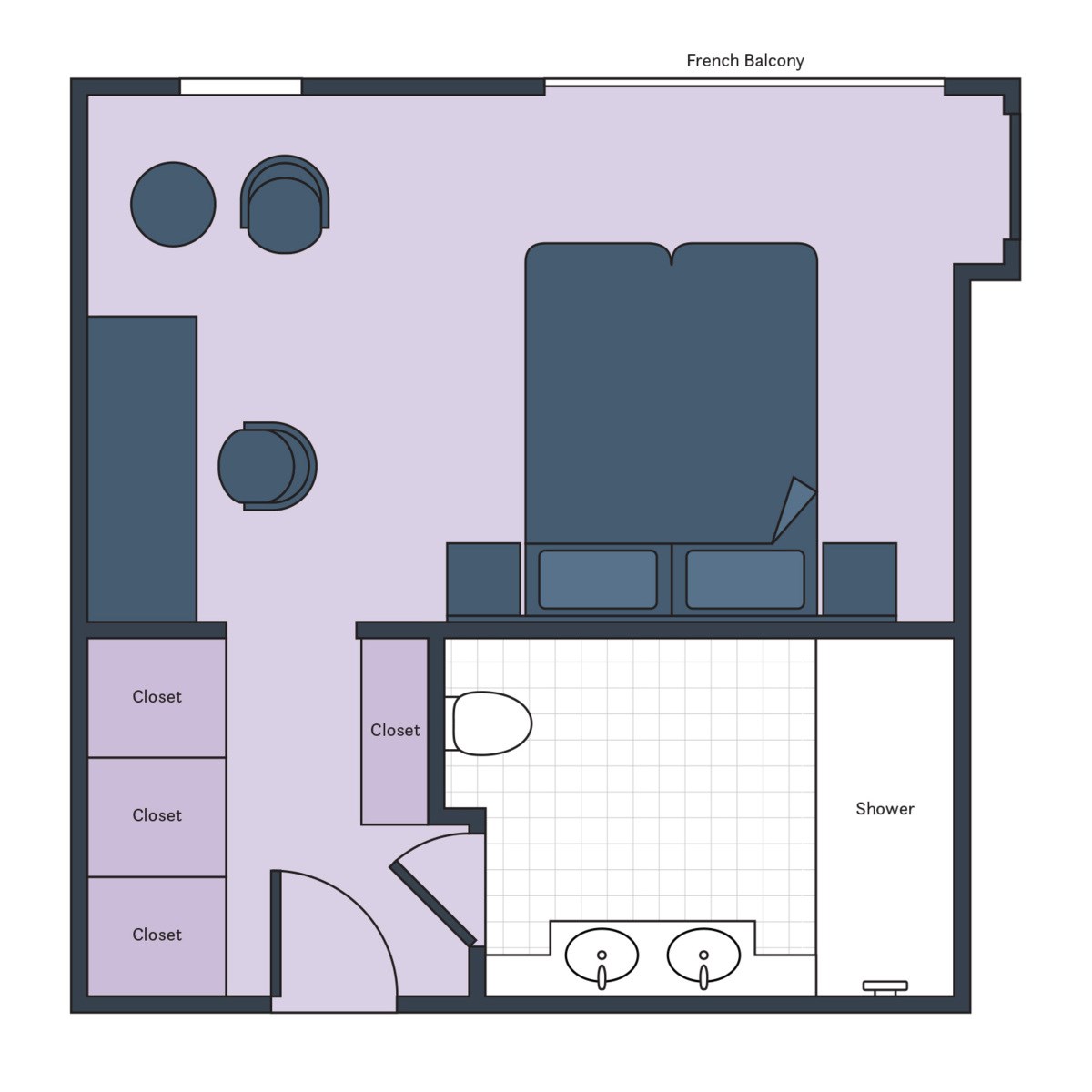 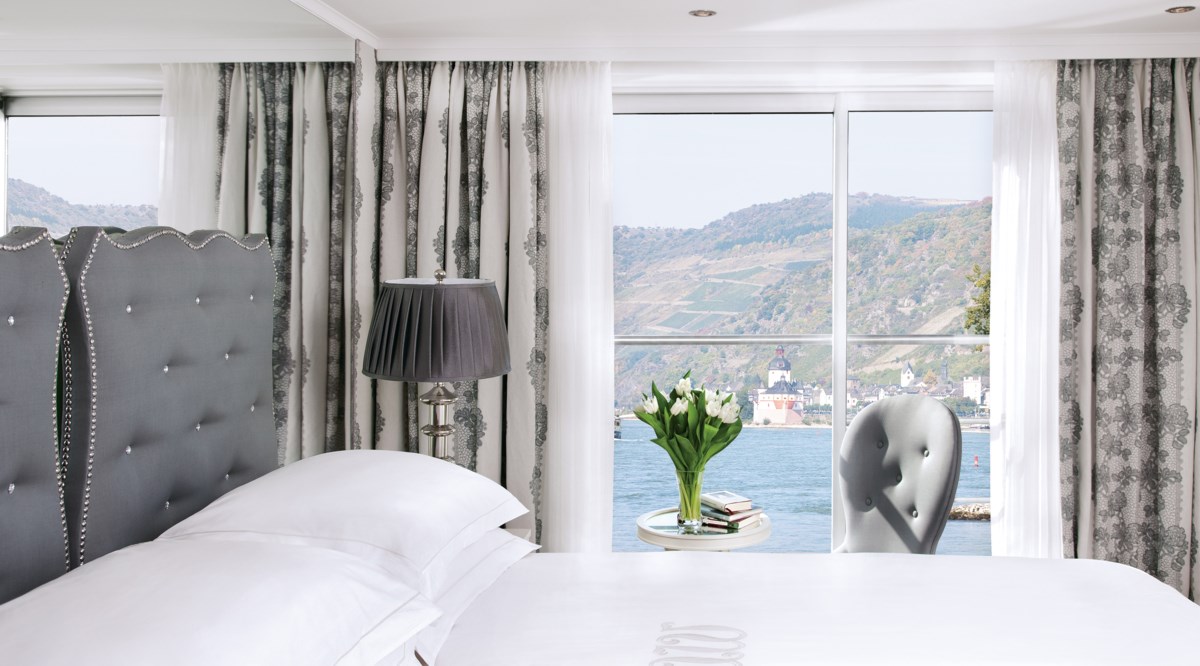 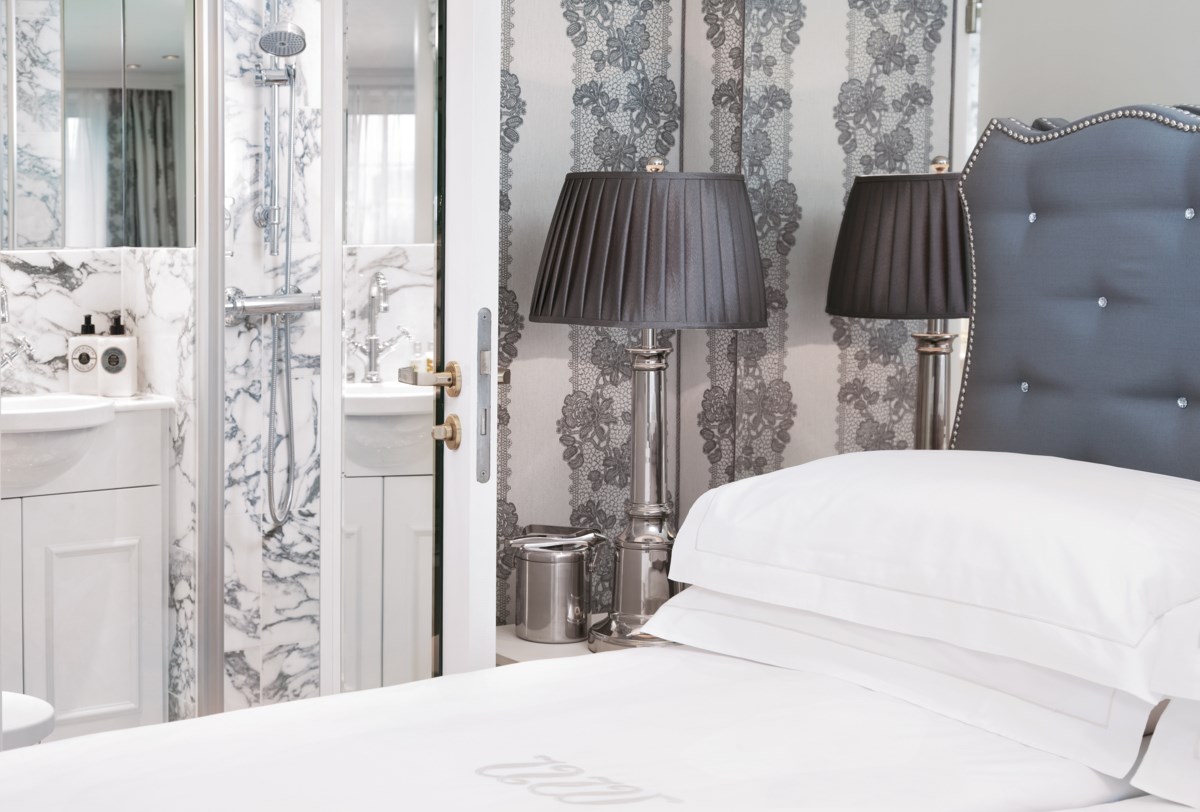 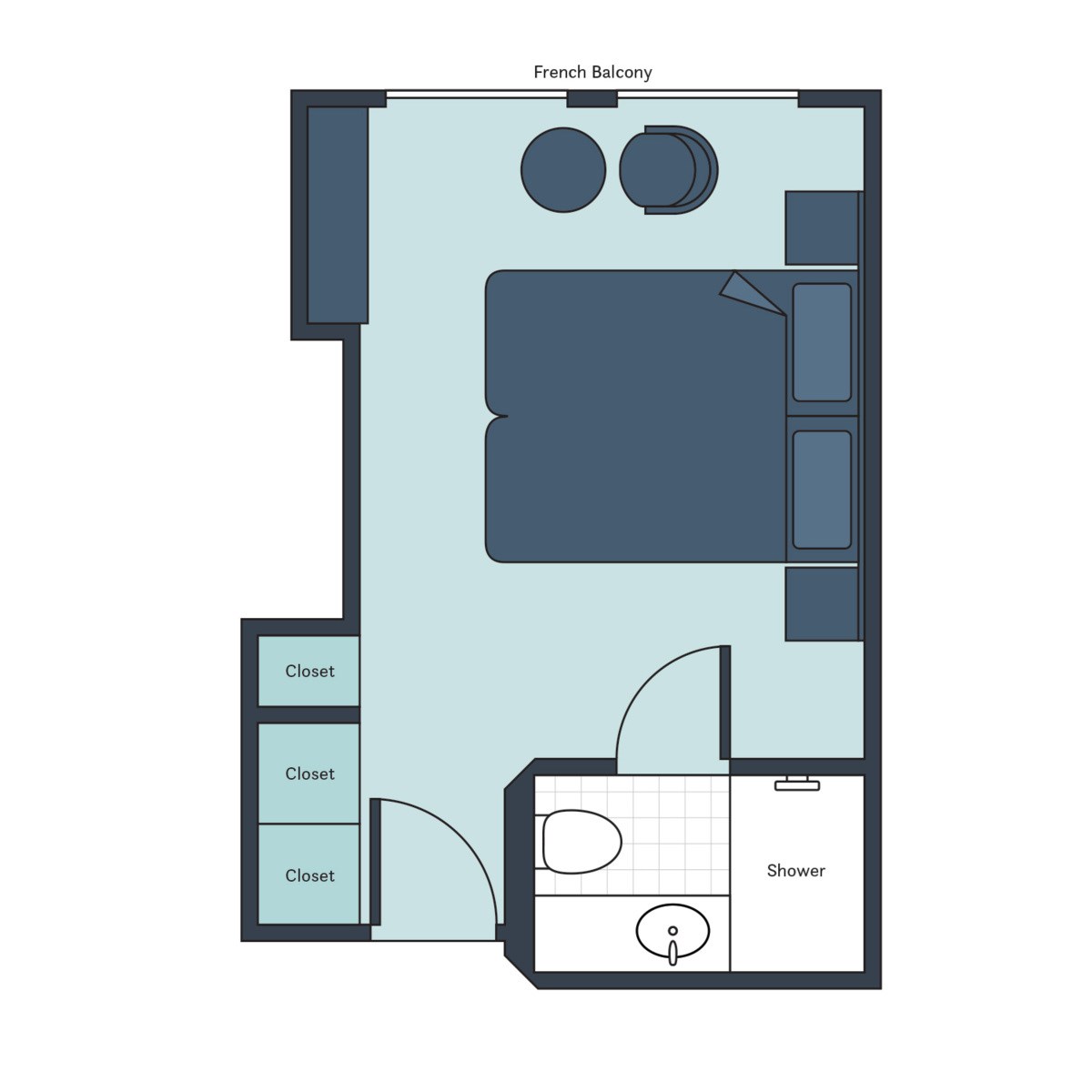 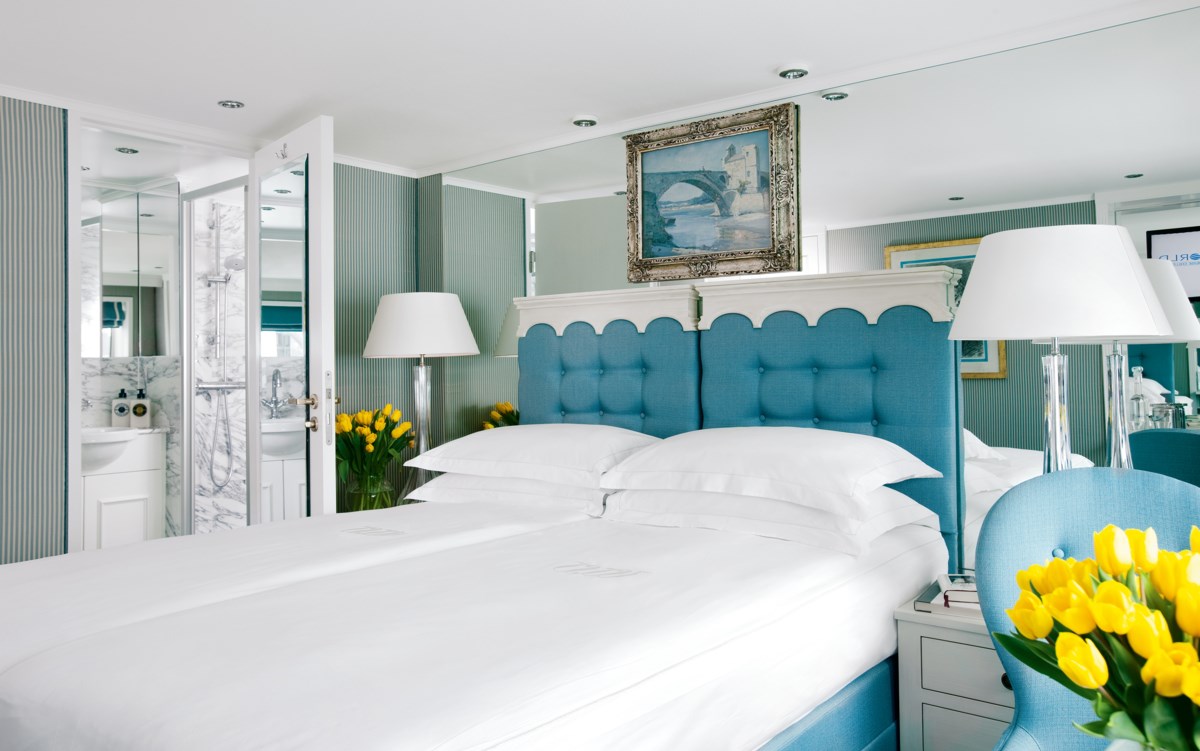 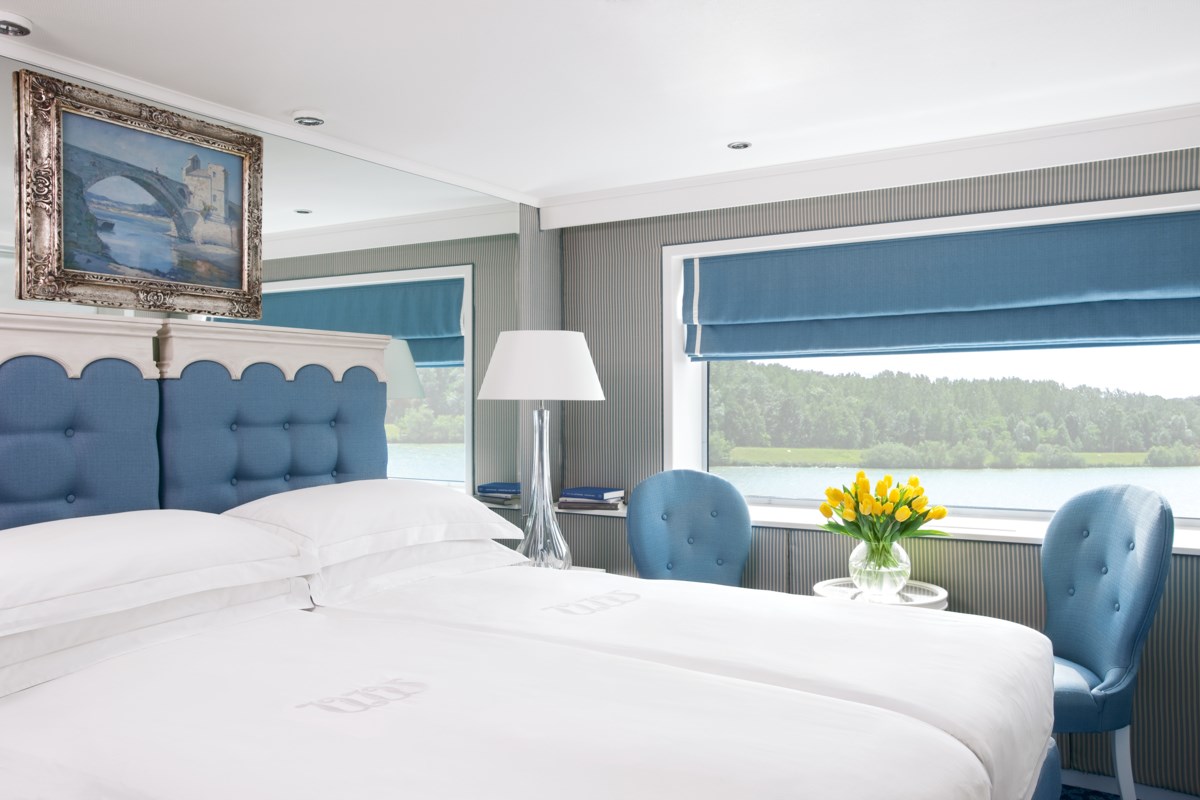 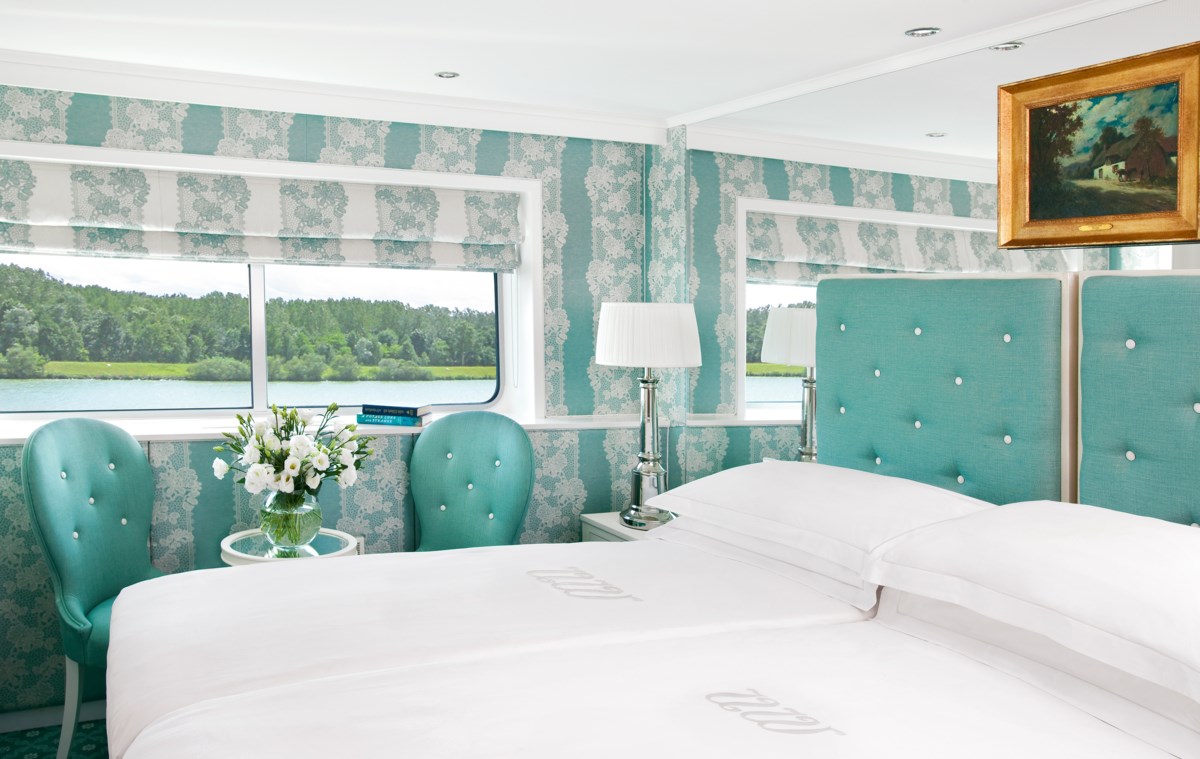 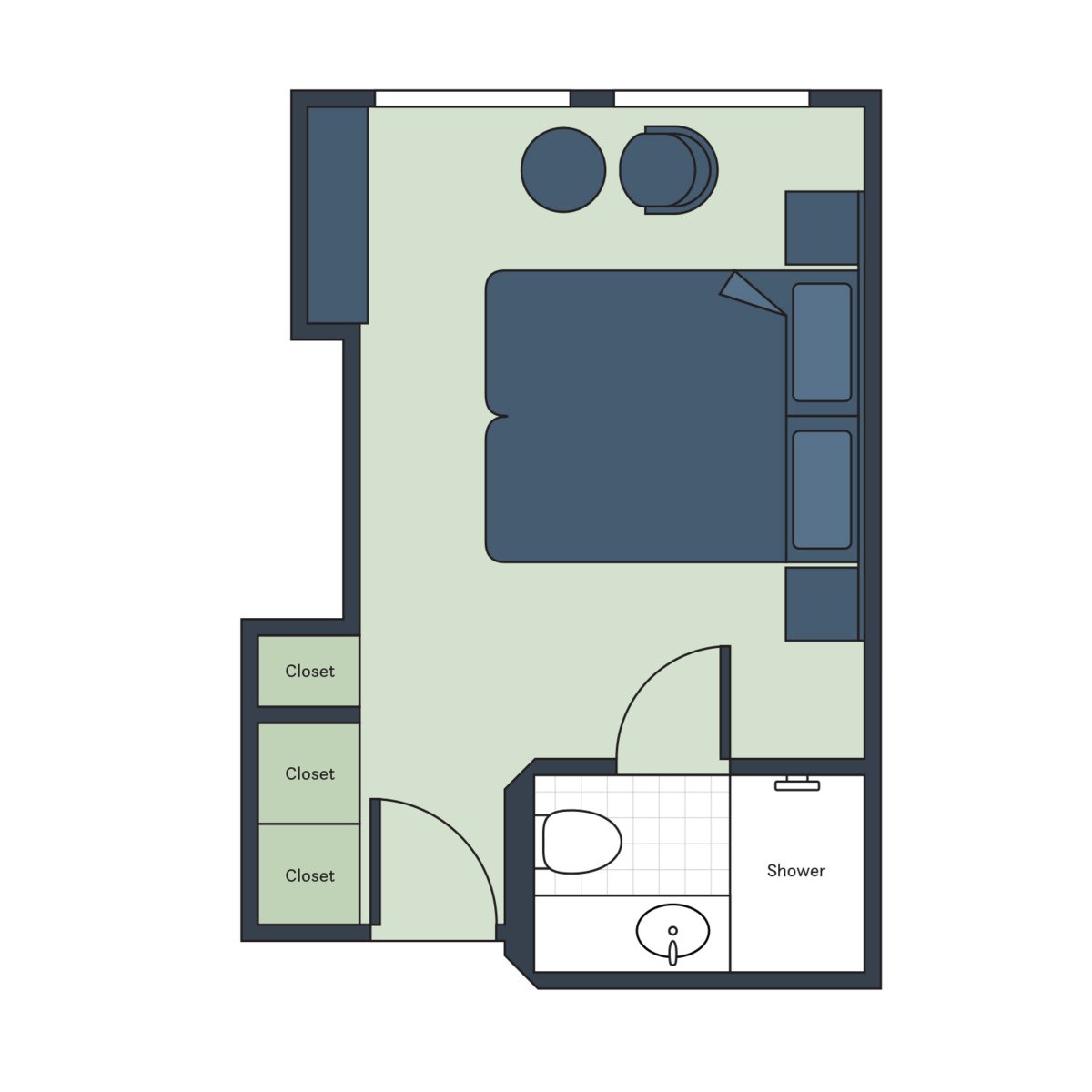 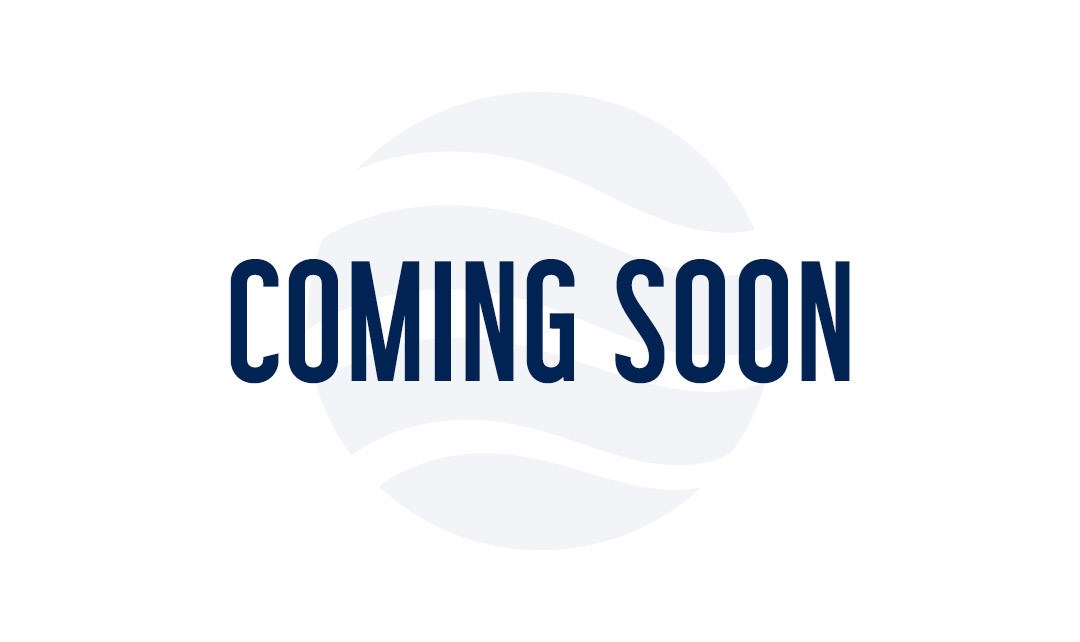 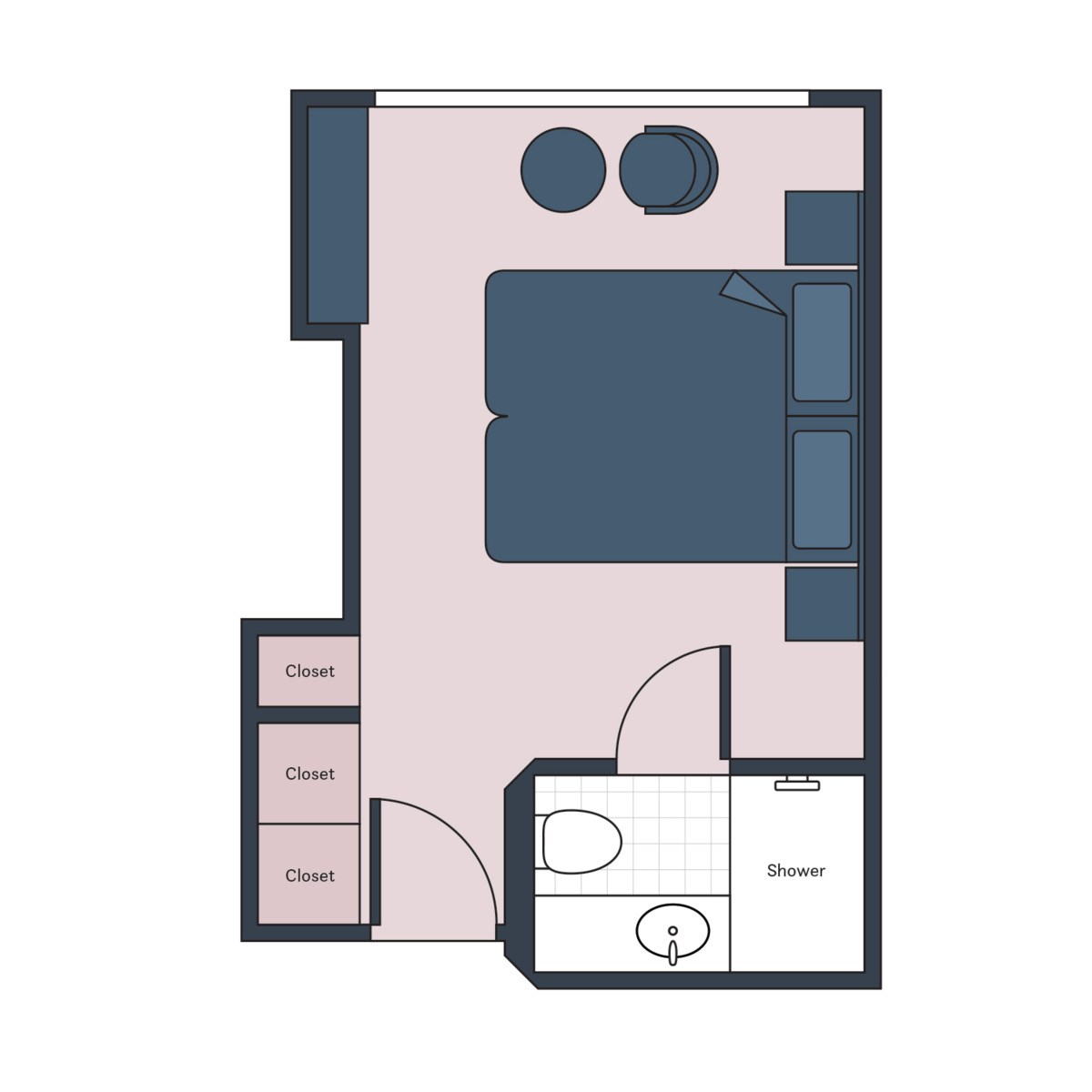 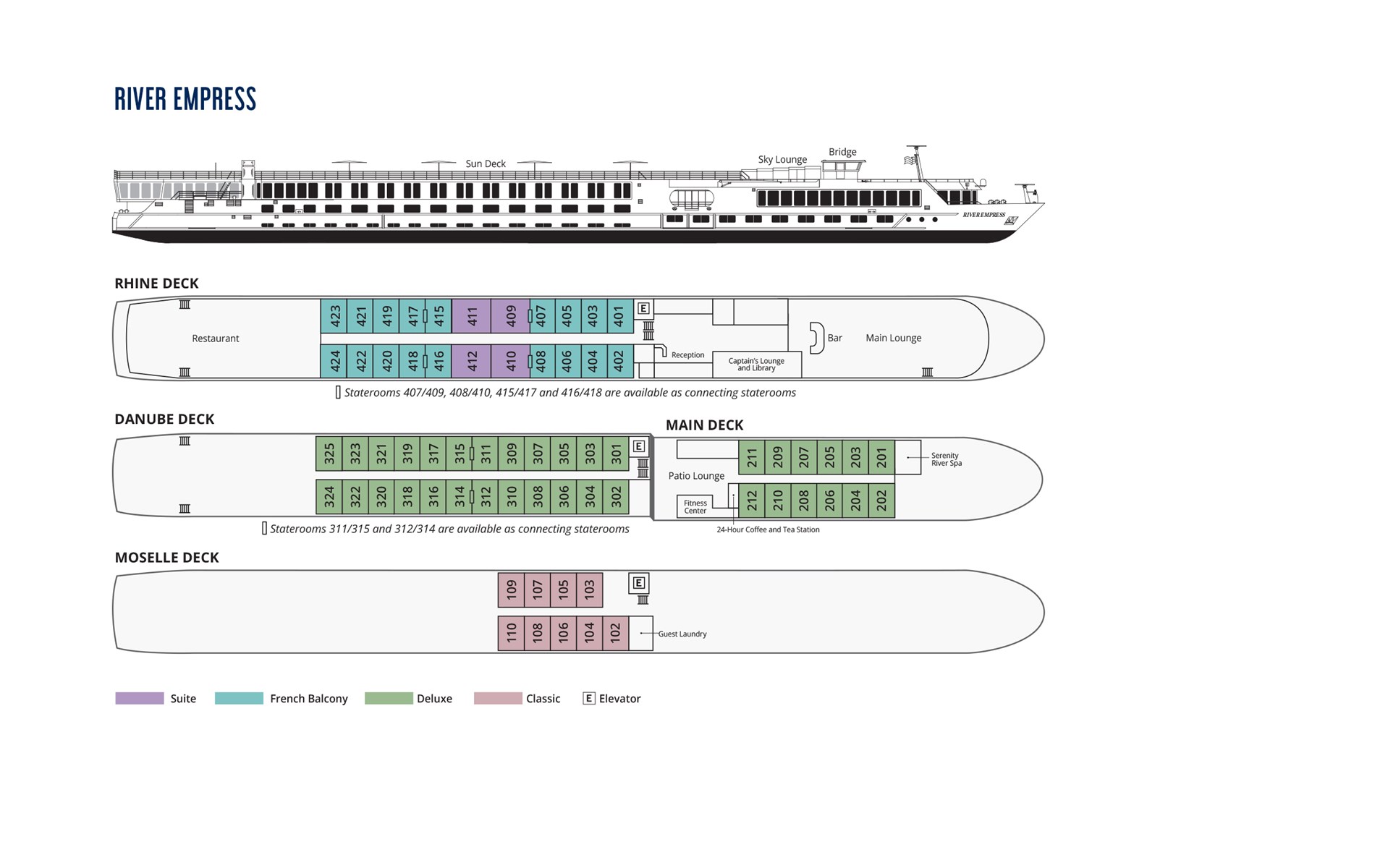 Prices shown are per person based on two people sharing a twin room. To request a personalized travel quote, click "Request Quote" and a Travel Specialist will send your custom quote including airfare if requested.

This voyage is available for solo travelers with zero single supplement on select stateroom categories. Book by August 31, 2022.

River Heritage Club members save $300 on this sailing.

This voyage is available for solo travelers with zero single supplement on select stateroom categories. Book by August 31, 2022.

River Heritage Club members save $300 on this sailing.

See More Reviews
Back To Top