Me to We and the Sacred Ganges 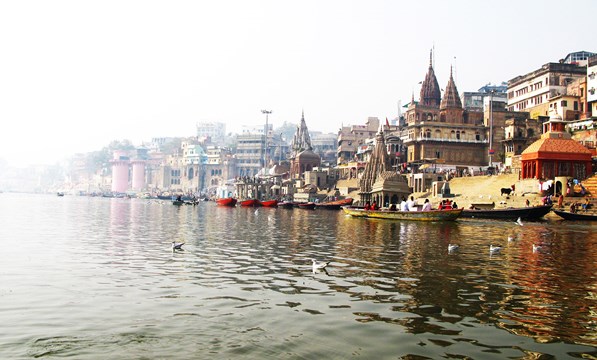 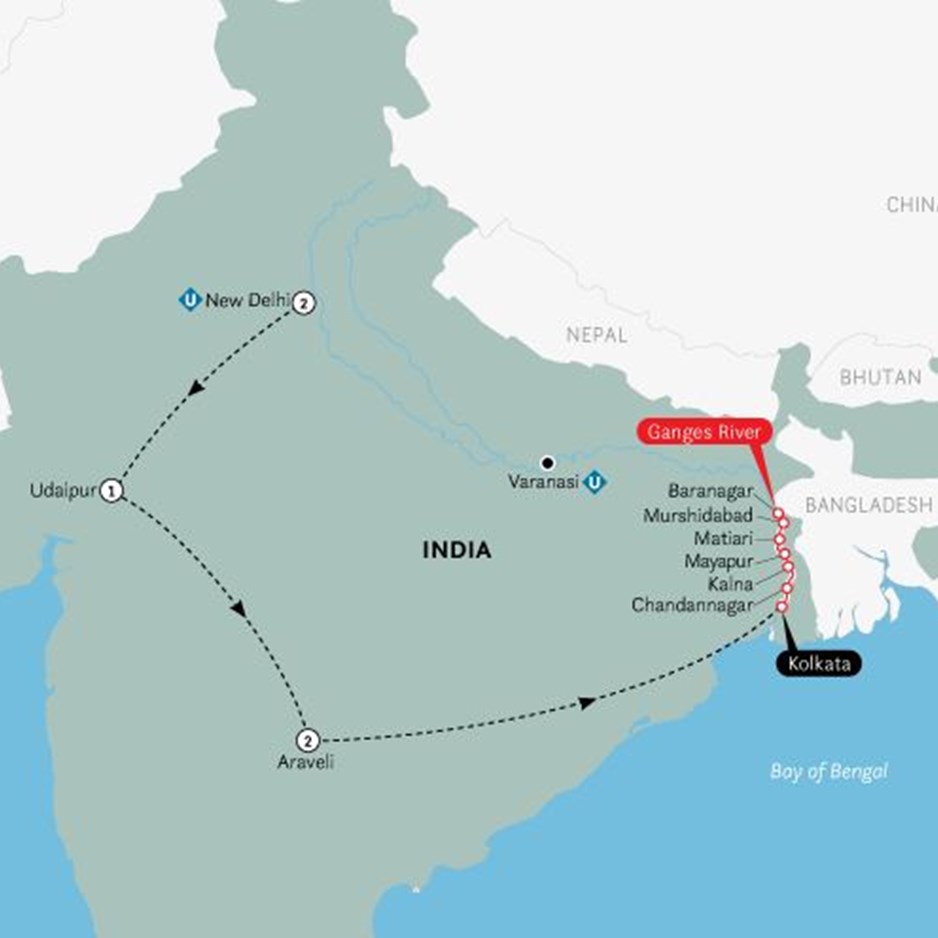 ME to WE Program

ME to WE is an immersive and transformative experience in India's countryside, where you'll explore India's vibrant and fascinating culture through one-of-a-kind, unforgettable encounters.

With ME to WE, you'll participate in a community development project, explore nature within the Aravalli mountain range, connect with community members and experience many of India's age-old traditions in the most soul-stirring ways.

A swirl of color and ritual and oddities galore, Varanasi may very well be the most ethereal and exotic place you will ever visit. Considered the holiest spot on India’s holiest river, it is also one of the world’s oldest cities—as ancient as Babylon and Thebes. It is the goal of every devout Hindu to come here at least once to purify body and soul in the sacred waters of the Ganges. Your visit includes a fascinating tour of this otherworldly and intoxicating city, followed by a private boat ride to observe a Ganga Aarti ceremony. Led by a Hindu priest at sunset, this spellbinding devotional ritual is performed in honor of the goddess of the river, a spectacle you’ll remember the rest of your days. You will also have an opportunity to take a boat ride along the river at sunrise, when hundreds of sari- and dhoti-clad Hindus can be observed bathing, washing laundry, performing yoga asanas, and making respectful offerings to Mother Ganga along the broad stone ghats lining the Ganges. Magical and mystical, surreal and deeply spiritual, Varanasi is a city that is truly unlike any other.

Pricing:
$1,299 per person (for 2 guests)
For solo travelers, there is a single supplement of $349.
Additional fees may apply, please call for details.

Note: This extension is for cruise/tours that end in Kolkata.

THIS FIVE-STAR HOTEL FLOATS THROUGH INDIA

The magnificent design and décor onboard this ship draw inspiration from the colors and gorgeous scenery throughout India. The high-ceilinged suites are mesmerizing, as are their French balconies with floor-to-ceiling glass doors. It’s a gorgeous boutique hotel, but this hotel knows how to move. 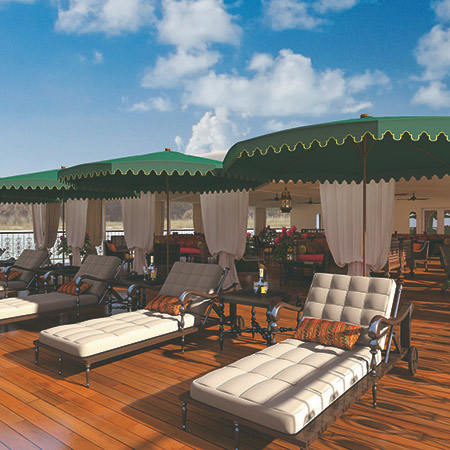 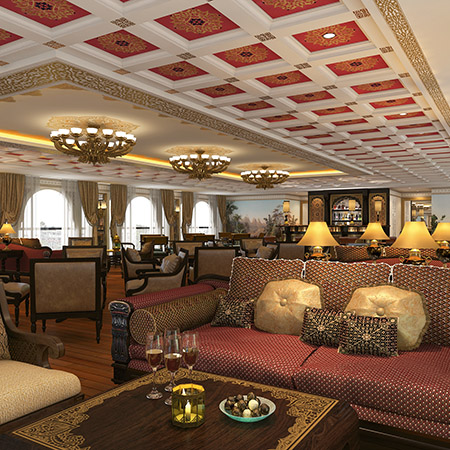 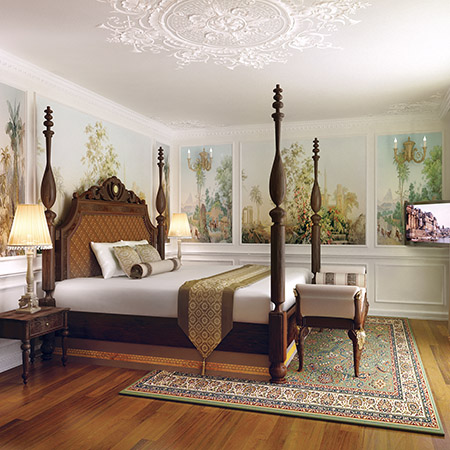 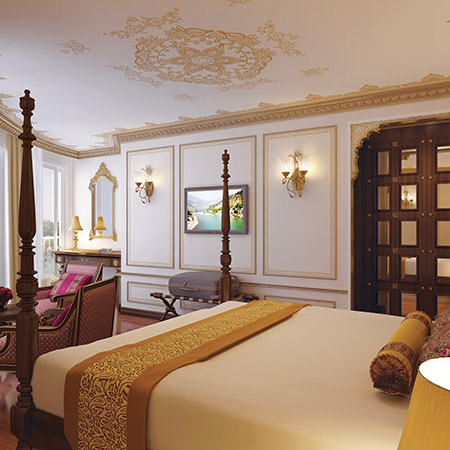 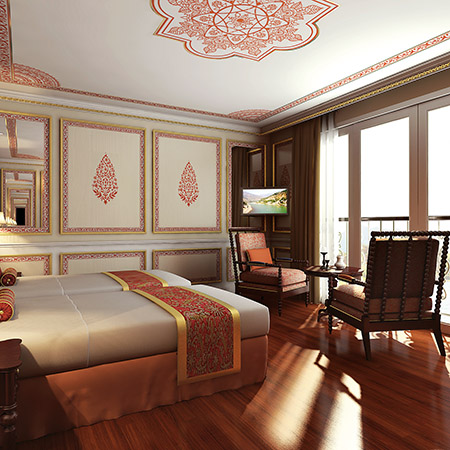 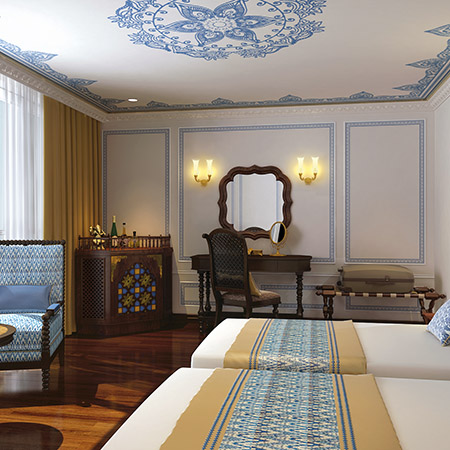 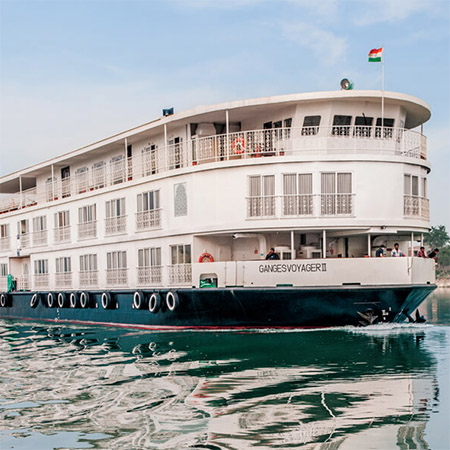 This elegant ship features enticing public areas and luxurious amenities, including a lounge with full-service bar, fitness center, restaurant, Voyager Spa, and a Sun Deck where you can relax and take in the ever-changing views. 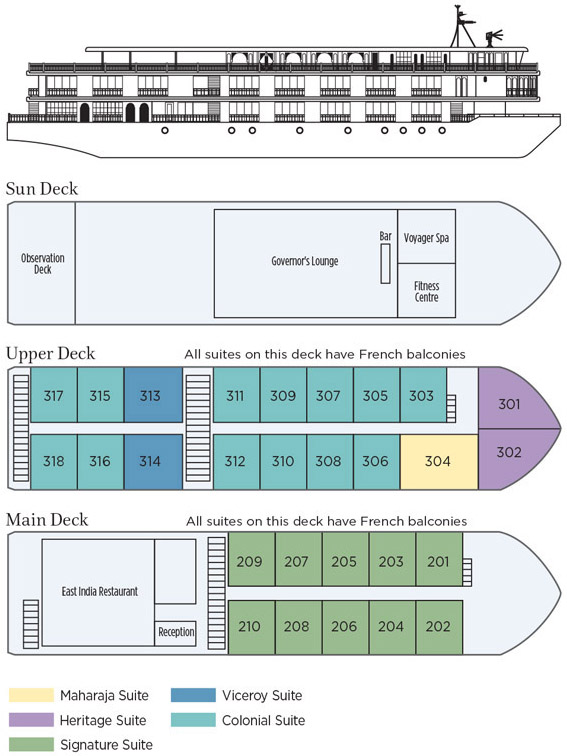 The ship's spacious, high-ceilinged suites are a serene sanctuary, with beautiful hand-painted murals and all the comforts of a five-star hotel. All suites have a cozy sitting area and a French balcony with floor-to-ceiling glass doors. A bed dressed in soft linens, with a choice of pillows. Your roomy bathroom has a rain shower, comfy robes and slippers, and spa-quality bath products. Other high-end amenities include a generous amount of closet space, under-bed storage, a flat-screen television with a wide selection of on-demand movies, individual climate control, bottled water replenished daily, fresh fruit and flowers upon arrival, an iPhone docking station with alarm clock, makeup mirrors, and universal electrical plugs.