Milan, Venice and the Gems of Northern Italy

Share the enchantment of this region with the special young people in your life. These cruise/tours not only feature unique, fun-filled adventures for families to enjoy together, they’re also packed with culturally and historically significant experiences designed to spark creativity and lifelong learning.

The River Countess will undergo a complete design renovation and debut as S.S. La Venezia in 2020, bringing guests complete luxury while exploring Northern Italy. The redesign of S.S. La Venezia will be inspired by Venetian culture and feature six elegantly appointed suites including two new Grand Suites, three dining venues including an Italian kitchen on the upper deck, spa, library, lounge and bar. 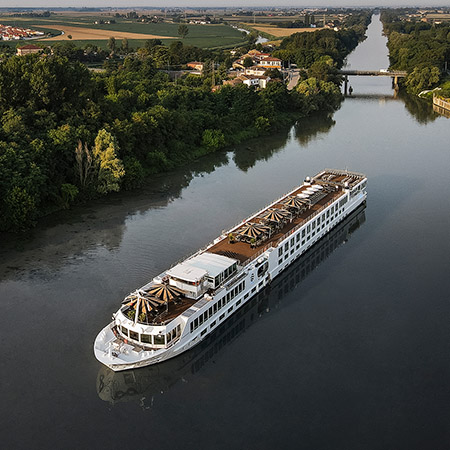