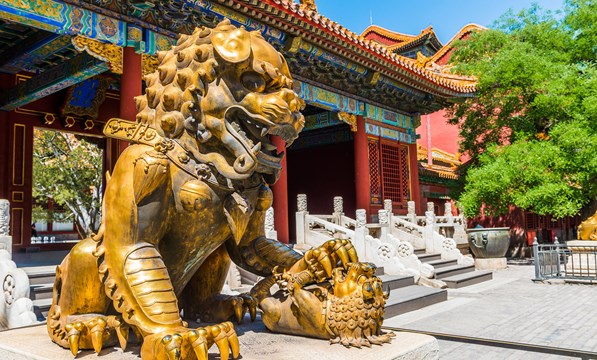 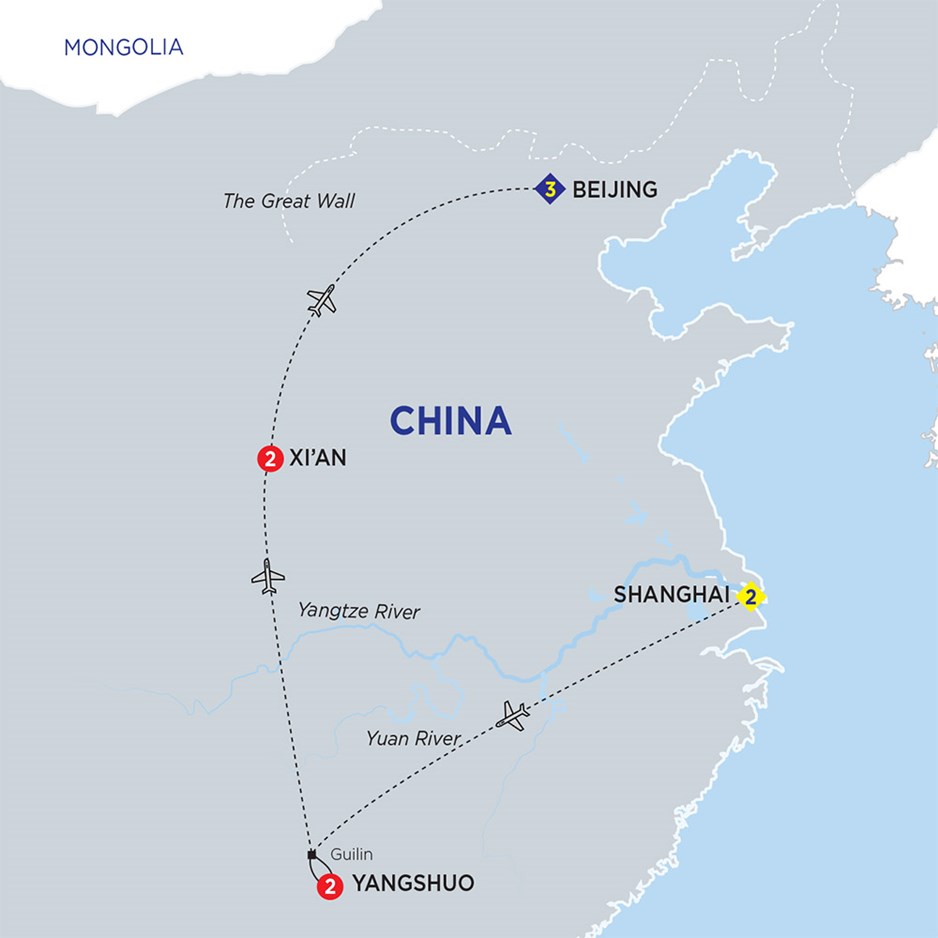 Thank you for your interest in this tour. If no dates are displaying, please call our reservations line at 1-877-622-9109 for more information

The ‘Impression Liu Sanjie’ is an outdoor light show which takes place in what is reputedly the world's largest natural theater which utilizes the waters of the Li River as its stage, with a dozen beautifully lit karst formations forming a natural backdrop. Mist, rain, moonlight, the hills and their inverted reflections in the river all become the ever-changing natural background. The performance is based on a legend during the Tang Dynasty about a young woman called Liu Shanhua who was the third child of her family and given the nickname 'Liu Sanjie' meaning the third sister of the Liu family. She was especially known for her beautiful singing voice which apparently touched everyone including a warlord who according to the legend kidnapped her. It is a truly unique performance set amongst the stunning scenery of the LI River. The price shown is in Chinese Yuan Renminbi.
Adult Price: ¥398

Enjoy a sumptuous Tang dumpling banquet followed by a wonderful performance of ancient music and dance which has graced the region for centuries. The show consists of 8 parts filled with vibrant costumes, colorful dances and traditional music. Under the ruling of the Tang Emperors from 618 to 907, China became the most powerful and prosperous country in the world. During this time the economy, politics and military strength reached an unprecedented level which influenced the culture of its neighboring countries. It was during this flourishing and peaceful period that exquisite Tang imperial feasts with music and dance emerged and developed. Step back in time and enjoy the delightful hospitality and performances of the Tang Dynasty. The price shown is in Chinese Yuan Renminbi.
Adult Price: ¥385

Visit the Temple of Heaven

The UNESCO listed Temple of Heaven is a large religious complex in the old outer city of Beijing and was the most important of Beijing's imperial temples. It was where emperors of the Ming and Qing dynasties (from 1420 to 1900) worshiped the god of heaven and prayed for good harvests. It is considered the supreme achievement of traditional Chinese architecture and its layout symbolizes the belief that heaven is round, and the earth is square. The temple buildings are rich in symbolic detail and its grand architectural style give an insight into the practices of the ancient civilization. The price shown is in Chinese Yuan Renminbi.
Adult Price: ¥300

The Legend of Kung Fu Show is a mix of traditional martial arts and modern theatre. It is presented by a group of marvelous Kung Fu artists from all over China whose average age is only 17 but they have studied Chinese Kung Fu for many years. The story tells of a young boy who dreams of becoming a Kung Fu master and attaining enlightenment. He takes the path of a monk in which he must face many obstacles both from this world and his own mind to overcome his fears and to become a true master of Kung Fu. During the 80-minute show, the artists do not speak but perform daring acrobatics and Kung Fu dance but there are English subtitles above the stage explaining the storyline. Transfers to and from the Red Theatre are included. The price shown is in Chinese Yuan Renminbi.
Adult Price: ¥325

Say farewell to China this evening with a sumptuous Peking Duck Banquet. ‘Beijing kao ya,’ the most well-known dish in China has been prepared since the imperial era and is known merely as ‘Peking Duck’ in the western world. This famous gourmet cuisine of Beijing consists of roasted duck in a tempting shining color covered with crispy skin and tender meat inside accompanied by pancakes and vegetables. A range of other dishes will also be served including soup, various stir-fries, rice, salad and several vegetarian options. One glass of local wine plus two soft drinks or beer is also included. It is a feast fit for the grand finale of your wonderful encounter in China. The price shown is in Chinese Yuan Renminbi.
Adult Price: ¥340