Scones are a popular British snack of Scottish origin. Their preparation dates back several hundred years when they were prepared as round, unleavened griddle cakes made of oats, wheat, or barley. The English later adopted the culinary tradition, and the scone began to play a central role in their beloved high tea. Other cultures caught on as the introduction of baking soda in the 19th century gave way to the scone’s modern, oven-baked preparation and countless variations. Recipes can be sweet – prepared with ingredients such as currants, dried cherries, and blueberries – or savory – with anything from Gruyère cheese to mushrooms and bacon.

Biting into a hot, freshly baked scone, it’s easy to see why this British treat has become a favorite the world over! 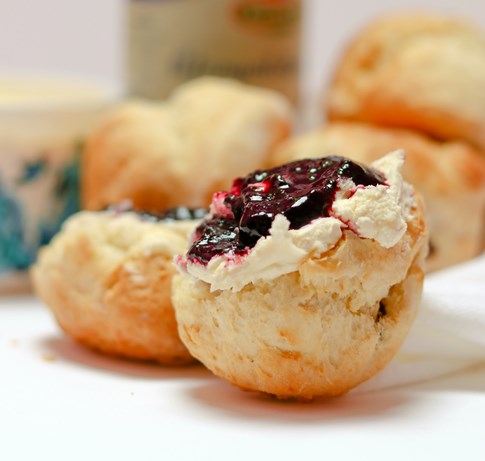 A smooth, creamy and not-too-sweet cheesecake