Laboratorio Giuditta Brozzetti is one of the few remaining traditional frame hand-weaving workshops in Italy. In the midst of the First World War, a housewife turned elementary school director traveled by horse-drawn carriage through the Italian countryside surrounding the city of Perugia to oversee each of the small rural schools. As she traveled, Giuditta Brozzetti became curious about the noises coming from many of the farmers’ homes. Entering the homes, she discovered the noise was coming from the looms kept by the farmers’ wives, which they used to weave traditional textiles. 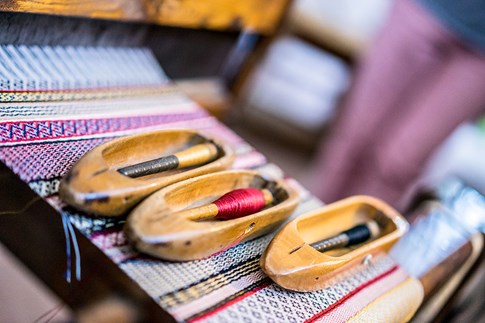 Fascinated and inspired by the textiles, Brozzetti founded a workshop/school dedicated to the production of high-quality artistic textiles for the home. Since that time, a passion for the art of hand-weaving textiles on antique wooden looms has been passed down through the generations of the Brozzetti family, from mother to daughter, with each generation personalizing the production according to her own inspiration. 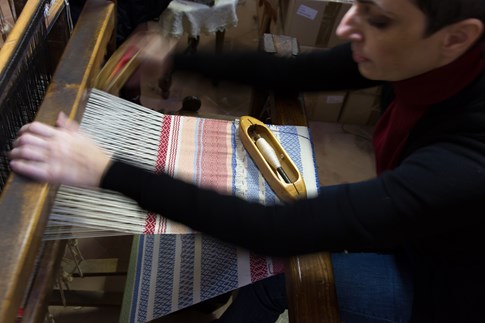 Four generations later, the workshop is now located inside the Church of San Francesco delle Donne in the medieval city of Perugia, Italy.

The fabrics are woven using the original antique looms and following the same traditional techniques Giuditta Brozzetti helped to ensure were carried on nearly a century ago. The patterns they produce are reminiscent of great medieval and renaissance textile traditions in Italy, and particularly in the Umbria region. 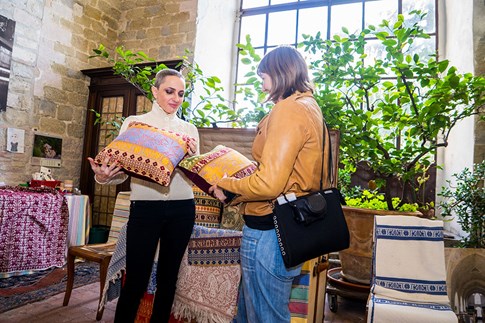 Guests meet the Alliance for Artisan Enterprise in Perugia with a MAKE TRAVEL MATTER® Experience and discover the history of Italian hand-weaving during a private demonstration, to see how the visit helps preserve this traditional art form.

Laboratorio Guidetta Brozzetti is empowered to access new markets via e-commerce capabilities that they otherwise may not be able to reach. The program also promotes decent job creation, entrepreneurship, creativity, and innovation.

Join GET and MAKE TRAVEL MATTER®

Women in the Developing World

How the artisan industry can make a difference