Officially established in 1996, the Centro de Textiles Tradicionales del Cusco (CTTC) employs more than 500 individuals from the Cusco, Peru region. Encouraging the continuation of the 10,000-year-old Andean textile tradition, and providing support to those working in this heritage industry, the CTTC began as a collective group of weavers in the 1980s. The CTTC aims to maintain this long-standing Peruvian tradition of weaving in the face of changing times.

For some time, the younger generation of Peruvians has been shifting away from traditional weaving. Due in large part to globalization, the town of Chinchero, Peru has undergone a number of drastic changes in recent years and many of the traditional ways of life were being lost with each new generation. Knowledge and practice of cultural touchstones such as language, land management traditions, and ritual practices have been severely affected by the progress of time and disconnection with traditional culture. 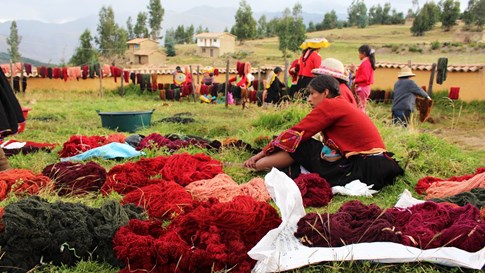 This prompted CTTC founder Nilda Callanaupa to take proactive steps in order to maintain her cultural heritage while also providing employment to people in her region. Nilda’s dream is to reinvigorate her community through the traditional weaving organization with the income generated for community members to be used for education, to improve housing, and to provide medical care.

TreadRight Founding Partner Trafalgar offers travelers the opportunity to visit this project on select Peru itineraries, including its Highlights of Peru trip. 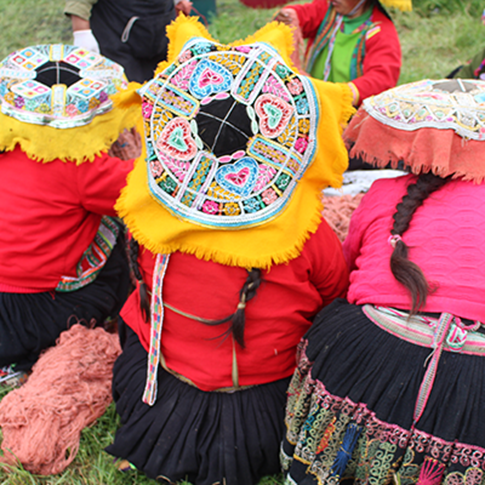 Funding from TreadRight will ensure the Chinchero Weaver’s Centre will be sustainable into the future – contributing to decent work for local people, and reducing inequalities with the income generated from the Centre supporting greater access to education, healthcare, and improved housing. The project also works to educate travelers about the longstanding weaving tradition that Andean communities have held for generations.

Women in the Developing World

How the artisan industry can make a difference