Holiday customs in nearly every European country include gatherings for meals and observation of religious traditions as early as November, and as late as January. However, European Christmas traditions vary greatly from country to country. While you'll find Santa Clause in many countries, there are also witches, gnomes, and even goats that deliver gifts. And, while Christmas markets may be a newer concept for many Americans, the tradition goes back centuries in Europe, where countries including Germany, France, Austria, and Italy have perfected the art of holiday celebrations.

Throughout the month of December, families in Germany gather for holiday celebrations. Children hang final tree decorations on Heiligabend (Christmas Eve), and open presents on Christmas Day. Germany is also famous for its Christmas Markets, which are hosted in the weeks before Christmas known as Advent. These pop-up street markets are as interesting and diverse as they are steeped in local history and culture. You'll find trinkets from hand-carved working nutcrackers to Lebkuchenherzen, giant gingerbread cookies frosted with fun messages. 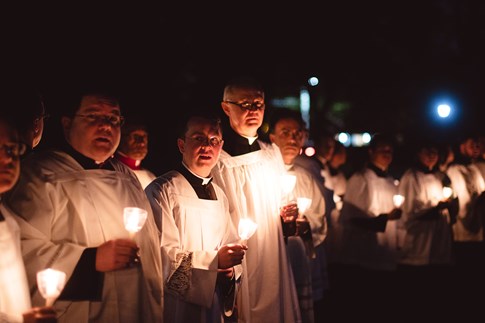 The December 8th Feast of the Immaculate Conception begins the Christmas season. Traditional Christmas dinner, Pavo Trufado de Navidad (Christmas turkey with truffles), is served before midnight mass, “La Misa Del Gallo” (Mass of the Rooster), named for the legendary rooster’s crow the night of Christ’s birth. Some gifts are exchanged on Christmas Day, but most are given on January 6th, Día de los Reyes Magos (Day of the Three Wisemen).

Due to Greece’s Christian Orthodox roots, Christmas is an important and religious holiday in Greece. That is why it is customary for those of faith to go to church on Christmas morning. Most towns are decorated with bright lights, bells, angels, and the like. You’ll also see boats decorated with many lights because Saint Nicolas is considered a protector of sailors.

Christmas time in Greece is a time for feasting. Traditionally, the main course is roast pork, with a variety of side dishes. Recently roast turkey has also become a popular main dish. On Christmas Eve many Greeks make Christopsomo, a bread with a cross carved into the top of the crust before it is baked. On Christmas Day, the head of the family makes the sign of the cross above the loaf of bread, cuts it, and gives a piece to each person at the dining table.

The holiday season doesn’t wind down until well after the New Year begins. The icing on the cake is the feast day of Theophany. All around Greece waters are blessed and a cross is thrown into the waters. Brave Greeks dive into the freezing water to retrieve the cross for good luck.

Traditional French foods are served throughout the Christmas season, which lasts until January 2. Holiday snacks include foie gras, figs, and onions confit. “Réveillon” (Christmas Eve dinner) is a feast of cheeses, potatoes, lamb, and oysters, which is served late on Christmas Eve, or early Christmas morning. Christmas Day breakfast must be finished before children are allowed to open presents from Père Noël (Father Christmas).

Children receive gifts from Jul Nisse, a present-delivering gnome—if they remember to offer porridge to Julebukk, Jul Nisse's goat who taunts those who forget his favorite snack. Christmas Eve includes a large meal. As thanks for England's assistance during WWII, Norway presents a giant tree to England yearly, which is proudly displayed in London’s Trafalgar Square.

The Best Gifts for Travelers

Make Off-Season YOUR Season for Travel