When you hear the phrase “summer in Europe,” it’s easy to dream up scenes that involve architectural charm, glowing sunshine, enchanting gardens, and sparkling ocean waves. Take a look at our top unique summer destinations and get inspired to go! 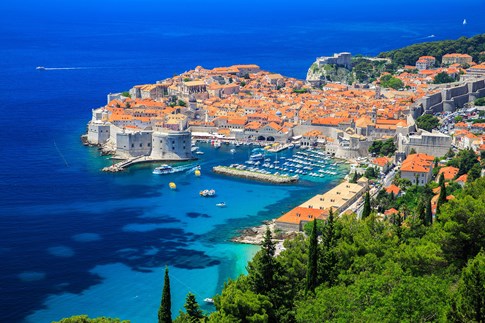 The tranquil city of Dubrovnik is situated along the spectacular Adriatic coast and has also served as the film location for many scenes in the famous TV series Game of Thrones. The city is known for its Roman heritage, Renaissance and Gothic structures and walls, as well as its dramatic views and laidback fishing village atmosphere.

Dubrovnik, Croatia is Known For

Why You Should Visit Dubrovnik, Croatia

You are not the only one who has been drawn to the unique majesty and white limestone streets of Dubrovnik. Famous poet and a leading figure in the Romantic movement Lord Byron and Playwright George Bernard Shaw also felt the allure of the city’s shimmering beaches and relaxing atmosphere. A catalyst of leisure and inspiration, Dubrovnik’s well-preserved buildings and distinctive Old Town will have you in awe as you wander freely.

What to Do in Dubrovnik, Croatia

The terracotta rooftops of Dubrovnik beckon, as do the city’s large, medieval walls that show breathtaking views of the Adriatic Sea. Visit one of the city’s many wine bars to sample true Croatian and Montenegrin wines. Fresh fish and seafood are served at many of the restaurants around the city, although there are plenty of other cuisines available including Italian, Japanese, and Bosnian. Sightseeing opportunities include Rector’s Palace, Onofrio’s Fountain, along with the Franciscan and Dominican monasteries.

At the center of the Cyclades complex, Mykonos is known for its magnificent beaches and immaculately whitewashed sugar-cube houses with splashes of sky blue and jade green.

Mykonos, Greece is Known For

Why You Should Visit Mykonos, Greece

Mykonos, a magical island of nearly 9,000 people, entices visitors with an air of leisure during the day and vibrant energy at night. The island is a masterpiece in and of itself, with its beautiful Cycladic architecture and picturesque beaches, making it the perfect summertime escape. Walk the streets in the Mykonos town of Chora and you’ll view dazzling pink and purple blossoms hanging from door frames and shutters in a truly dreamlike setting.

What to Do in Mykonos, Greece

It’s never a bad time to hit the beach in Mykonos, where natural beauty and sunshine await. From Agrari Beach to Fokos Beach, there will be plenty of time to stretch out with a book and glass of something fruity. On the quieter side of the island, you’ll be able to explore narrow winding alleys full of tempting boutiques in the labyrinth of Old Town, as well as marvel at the many Mykonos windmills, churches, and lighthouses.

Essentially an Eden tucked away in the northwesternmost nook of Switzerland, Lucerne is known for its relaxed lakeside atmosphere, historical galleries, and monuments, along with mesmerizing views of the majestic Alps.

Lucerne, Switzerland is Known For

Why You Should Visit Lucerne, Switzerland

Lucerne is a unique piece of history situated in paradise, where you can have a summertime vacation right out of a storybook. Ideal for exploration, relaxation, and romance, the city is full of opportunities that will take you to another time or make time stand still. With decorative signposts and ornate facades lining the streets, it’s impossible not to feel intrigued. The more you discover about Lucerne’s medieval roots, scenic novelties, and mysterious landscapes, the longer you’ll want to stay.

What to Do in Lucerne, Switzerland

This city beckons you to wander the tranquil lakeshore and take in the surrounding mountains with panoramic alpine views. Specifically, you can revel in the beauty of Mount Pilatus, also known as “Dragon Mountain,” and Mount Stanserhorn by way of the cable car. Before shopping in the Old Town for Swiss souvenirs, watches, and chocolates, you should cross the solid wooden Chapel Bridge that dates back to the 14th century and overlooks the Ruess River. There are plenty of historical relics to be seen, like the solemn Lion Monument, Vitznau Artillery Fortress, and many munition halls, galleries, and armaments, which date back to World War II.

The historic hillside city of Porto is known for its river, the Douro, and its many cruises. Also recognized for its combination of historic buildings and cutting-edge architecture, Porto will grant you a seaside experience of cosmopolitan suburbs and fabulous fortified wines.

Porto, Portugal is Known For

Why You Should Visit Porto, Portugal

If you love romance, history, and wine, Porto is your place. With a hip, laid-back vibe, the moodily romantic city is a longtime hub of the port wine trade with colorful multi-story townhouses sheathing the hills that climb precipitously from the Douro estuary. Imagine baroque church towers crowning the hilltops, beautiful bookstores along the historic streets, and ships setting sail up toward Entre-os-Rios.

What to Do in Porto, Portugal

In Porto, you can wander through medieval alleys that snake through UNESCO-designated neighborhoods enclosed by 14th-century walls. Or, you can visit the unmistakable landmark, the Clérigos Tower, which is visible from almost anywhere in Old Town. The vibrant city has a lively riverside area full of bars and restaurants around every corner, a perfect setting for a stroll or to mix and mingle with locals. 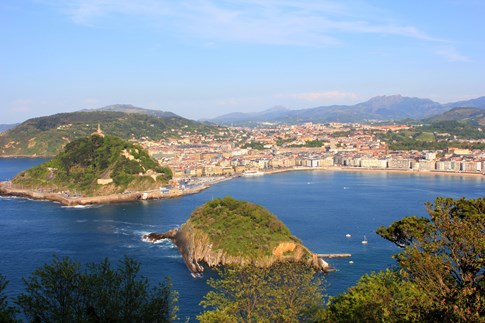 Located dreamily on the water of the Cantabrian Sea, San Sebastián is full of pristine white beaches, pure relaxation vibes, and mouth-watering cuisine. A complete oasis in the Basque country of northern Spain, it experiences fewer tourists than the average destination and is characterized by glam and easy-going attitudes.

San Sebastián, Spain is Known For

Why You Should Visit San Sebastián, Spain

The lush hillsides, white sandy beaches, delicious food at every corner, and grand architecture of San Sebastián are meant to be seen and experienced. With historic buildings dating back to the 19th century and the Napoleonic Wars, the city offers plenty to absorb intellectually, visually, and experientially.

What to Do in San Sebastián, Spain

San Sebastián’s most famous beach, Playa de la Concha, is known for its arced bay and prime sunbathing territory. This area is also perfect for swimming, kayaking, and other recreational water activities. Take a stroll down San Sebastián’s boardwalk, where you’ll eventually happen upon its beautiful harbor of fishing boats or wander through the romantic Old Town, known for having the highest concentration of bars in the world.

Flick though our favorite summer-time tours to Europe and get inspired for your next adventure!

Top 20 Cities to Visit in Europe

Our favorites to help you GET inspired

Have fun traveling with a group