The Best Places
to Visit in England

As Hugh Grant’s character said in the classic film Love Actually, “We may be a small country, but we’re a great one too. The country of Shakespeare, Churchill, the Beatles, Sean Connery, Harry Potter, David Beckham’s right foot. David Beckham’s left foot…”

England has so much to offer travelers. There's the vibrant scene in London, the rolling hills of the Cotswolds, coastal towns, royal castles, and pre-historic sites. Be transported back in time with intriguing visits to prehistoric Stonehenge, the Roman ruins of Bath, and majestic medieval castles. Venture inside the timber-framed building where the Bard of Avon, William Shakespeare, was born and grew up, or visit the Brontë family's home. Every type of traveler is sure to find a place or moment in England that charms them.

Go on a Guided Tour of England

Great Britain Tours
save up to $403

Home to Big Ben, the Houses of Parliament, Buckingham Palace, Trafalgar Square, Piccadilly Circus, and Westminster Abbey, London is a city bustling with energy. The city's West End offers incredible restaurants, shops, and a famous theater scene. You can ramble through the buzzing stalls of Borough Market, London's most renowned food market, which has been supplying locals with fresh produce and goods for centuries. From the city's pub scene to the Thames, Greenwich to the Tower Bridge, starting your tour of Great Britain in London offers a modern-day look at English culture.

That’s right. It may sound silly, but shopping is one of the best things to do on a visit to London. Be sure to set aside an hour to two to explore Harrods, the upscale department store established in 1834 by Charles Henry Harrod. Peruse the store’s selection of clothing, gifts, and fashion accessories, and pick up some of their famous teas, biscuits, and jams to take home.

Have Afternoon tea at The Orangery

One of the most elegant restaurants in London, The Orangery at Kensington Palace is set in a garden pavilion built for Queen Anne in 1704. Stop by for traditional high tea and enjoy the classical 18th-century architecture. 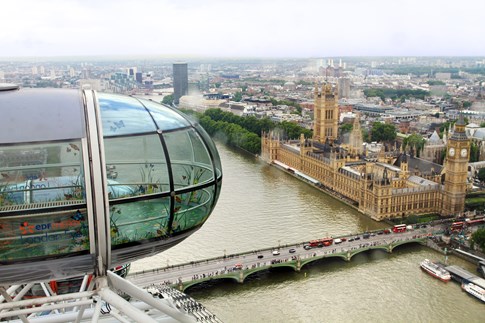 For spectacular views of the city and an unbeatable perspective of the Houses of Parliament, take a ride on the London Eye. Europe’s tallest Ferris wheel, the London Eye stands at over 440 feet tall and is lined with capsules holding up to 25 guests. If you love a good thrill, this might be the best thing you’ll do in London.

Spend Time at The National Gallery

A visit to the National Gallery in Trafalgar Square is another must. Founded in 1824, the museum houses a collection of over 2,300 paintings dating from the mid-13th century to 1900. Best of all, entry to the main collection is free of charge.

Get lost in Chinatown

There’s no better place to get lost in London than in bustling Chinatown. Sandwiched between Soho, Covent Gardens, Trafalgar Square, and Picadilly Circus, its central location makes it easy to pop by for a delicious, inexpensive meal of authentic Dim Sum or Chinese noodles.

Visit the Victoria and Albert Museum

Founded in 1852 and named after Queen Victoria and Prince Albert, the V&A Museum is the world’s largest collection of decorative arts and design. The massive space, which covers 12 acres in the Brompton district of the Royal Borough of Kensington and Chelsea, holds 145 galleries with art spanning 5,000 years. Wherever your artistic interests lie, you'll be fascinated by the museum’s architecture, fashion, photography, theater and performance, sculpture, and much more.

Experience the hustle and bustle of one of London’s most exciting antique markets. The market at Covent Garden has a wide variety of eclectic arts and crafts stalls, from jewelry and clothing to housewares and general market items. And with a wide variety of food stalls to choose from, you can start your outing with a traditional English breakfast. 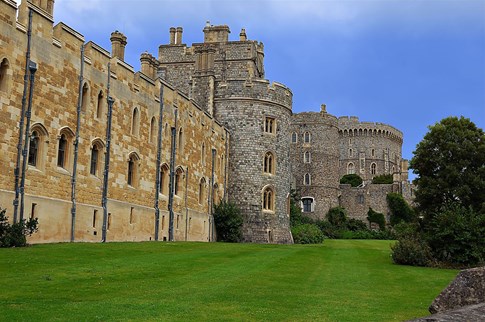 This historic market town hosts Windsor Palace, one of the British Royal Family’s official residences and the oldest and largest inhabited castle in the world. Stroll beside the River Thames, and shop for royal souvenirs. Right across the river is Eton, home of the famous boys’ school where George Orwell, Aldous Huxley, and Ian Fleming were educated.

Pay a visit to the ancient stone circle at Stonehenge. Built sometime around 3000 BC, Wiltshire’s famous ring of Neolithic standing stones has been attracting visitors for centuries. Today, this sacred site remains a special place with both religious and cultural significance. 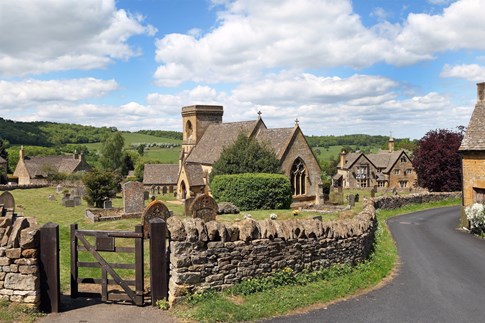 The iconic landscape of rolling hills, the ‘wolds’, truly captures quaint old-world England. Dotting the hills are quintessential English villages with honey-colored buildings built of local limestone and complete with rose-bedecked walls and the occasional thatched roof. Among the palaces, castles, and country houses found across the five counties that The Cotswolds cover, visitors can visit Shakespeare's home in Stratford-upon-Avon, and Oxford - the oldest university in the English-speaking world.

The Roman Baths in Bath, England

As one of the world’s best-preserved Roman remains, the Baths are a must-see attraction on a visit to Britain. Here you can bathe in thermal water that has come straight from the natural hot springs beneath the city, just as the Romans did some 2,000 years ago. 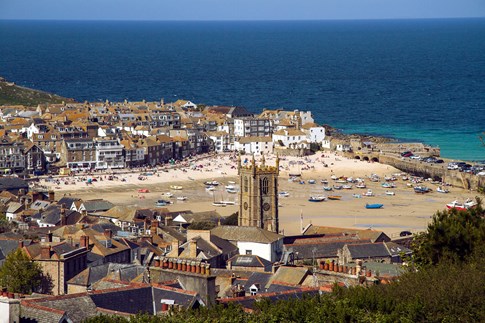 The peninsula that is County Cornwall reaches into the Celtic Sea with a long, salty finger. The rugged coast is speckled with seaside towns like Penzance, made famous in the comic opera, and St. Ives, a fishing port-turned seaside resort town, along with the medieval ruins of Tintagel Castle. Visitors to the area can view the Isles of Scilly from the dramatic cliffs of Land’s End, the most southwestern point of Britain.

Best of Devon and Cornwall 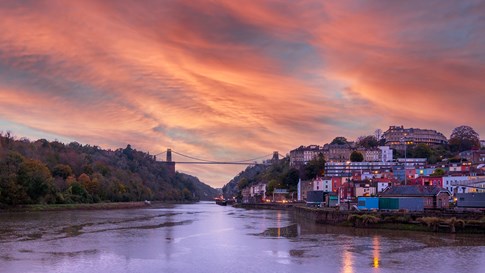 This seaside town sprang from Iron Age hill forts and Roman villas. Spanning the River Avon, the Clifton Suspension Bridge has been an emblem of Bristol since opening in 1864. Brunel's SS Great Britain, the world’s first great ocean liner (1843) attracts visitors to the harbor's 19th-century warehouse district, which now overflows with restaurants, shops, and galleries. 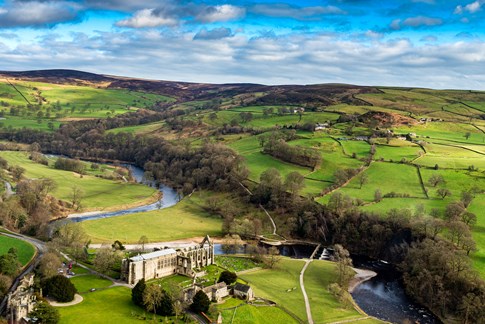 Britain’s largest county offers a living window into the pastoral agricultural past of Northern England. Traditional architecture dots the landscape, including dry stone walls zigzagging across fields. Travel through the Yorkshire Dales to visit the Brontë Parsonage Museum, created within the actual home of the Brontë family. Travel to York, one of the oldest cities in England to discover its Viking history and exquisite architecture. Home to York Minster, Britain’s largest medieval cathedral, the cobbled Shambles, and the National Railway Museum, York is a must-visit for any traveler.

Best Places to Visit in Ireland

From the Giant's Causeway to Dublin

A delicious Scottish variation on the tradition