The political heart of America is your gateway to a memorable encounter with the Land of the Free and how it came to be so. Roam the corridors of power, oak-lined avenues, and noble tributes to America’s famous sons and daughters, as you explore the nation’s proud heritage. 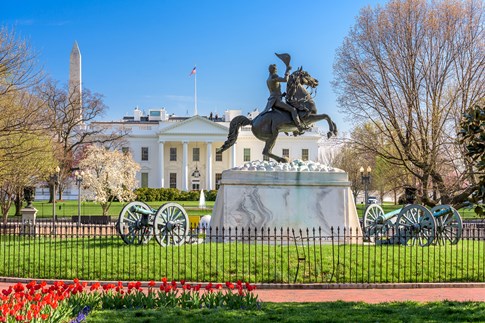 Famously located at 1600 Pennsylvania Ave, the White House has served as the Presidential residence for every president since John Adams in 1880. The massive structure also serves as a major working office for the Executive Branch of the US Government. Today the complex is made of six stories including the residences, offices, and a guest residence.

Home of the Judicial Branch of the US government, the marble-clad Supreme Court sits near 1st Street in DC. The building’s courtroom is open to the public, allowing visitors and law enthusiasts a rare opportunity to hear arguments and cases that could shape the future laws of our country. 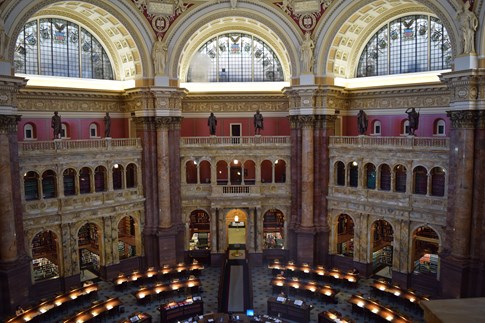 Housed in three separate buildings on Capitol Hill, the Library of Congress serves as the official research library to Congress and is noted as the largest library in the world. While the library itself is open to anyone with a Reader Identification Card, the titles are not permitted to be removed from reading rooms.

Known for her towering rotunda and imposing stairs, the Capitol building, or Capitol Hill, is the base for the Legislative Branch of the US Government. The building was expanded in the late 1850s in order to provide space for the growing legislative branch created by the addition of new states. Today the building houses both members of the Senate and the House of Representatives.

The National Mall is actually a National Park right in the middle of downtown Washington DC. It extends from the Lincoln Memorial to the stairs of Congress, with the Washington Memorial splitting the nearly 2-mile difference. 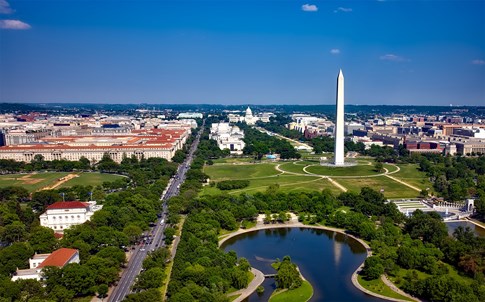 The National Mall in Washington D.C.

Stroll along with the Mall’s shallow reflection pool, which is surrounded by a multitude of monuments and memorials. Don’t miss highlights including the Smithsonian Museums, the Martin Luther King, Jr. Memorial, the Vietnam Veterans Wall, Korean War Veteran’s Memorial, WW2 Memorial, and the Constitution Gardens. 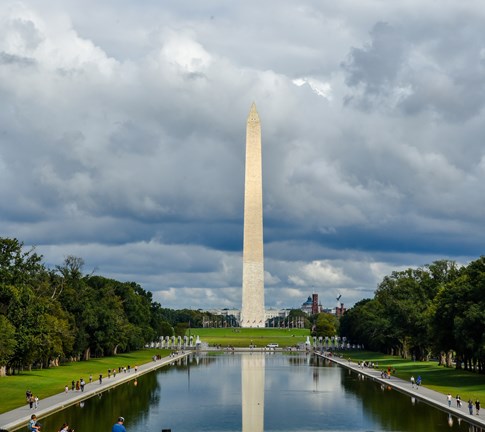 Across the shallow pond of the National Mall, you’ll find the Washington Monument’s 555-foot tall marble obelisk, which stood as the largest man-made structure in the world until the Eiffel Tower was completed in France. While guests were once able to visit the top of the monument for sweeping city views of the District of Columbia, an earthquake in 2011 forced the closure of this area. 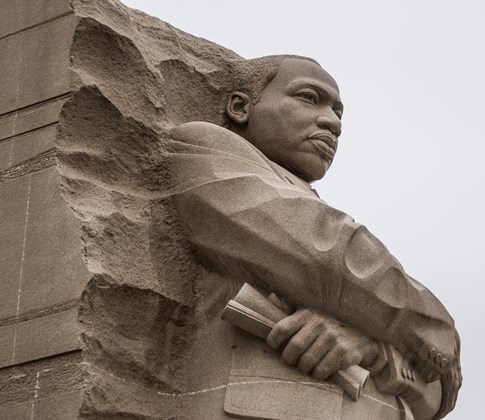 The Martin Luther King, Jr. Memorial is part of the National Mall and Memorial Parks. The full memorial covers four acres and includes the, now famous, Stone of Hope granite statue of Civil Rights Movement leader Martin Luther King, Jr. The inspiration for the memorial design is a line from King's "I Have a Dream" speech: "Out of the mountain of despair, a stone of hope." 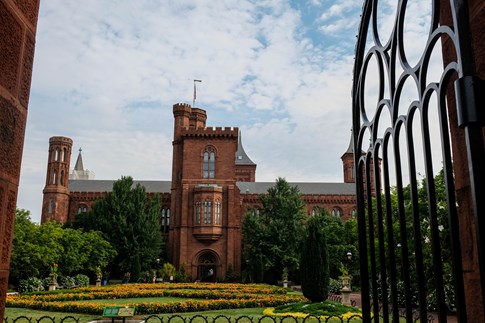 The Smithsonian Institutes of Washington, D.C. includes 19 museums and galleries, vibrant gardens galore, and even a zoo. Located right on the National Mall, the D.C. Smithsonian truly offers something for everyone, including art, history, animals, outdoor installations, space travel, African American cultural exhibits, a portrait gallery, a natural history museum, and even a postal museum. 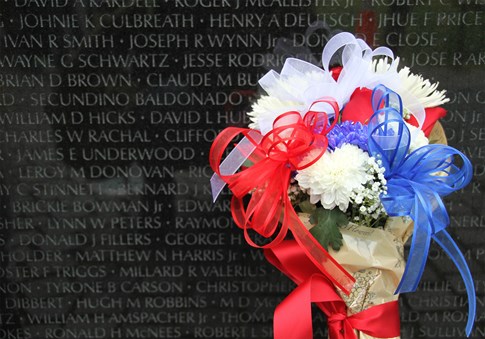 Perhaps the best-known war memorial in the United States, this black granite wall features the names of soldiers who fought, died, or were missing in action during the Vietnam War. The simplicity of design originally caused the design to be controversial, but over time this memorial has become the most visited memorial on the National Mall, with thousands leaving personal effects in remembrance of those who gave it all. 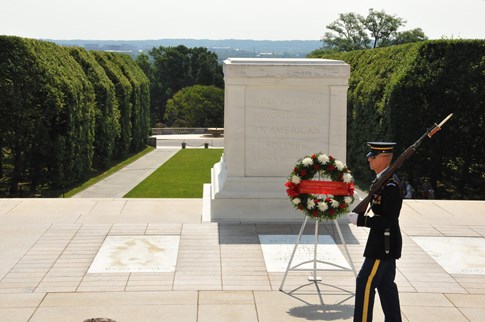 Arlington Cemetery & the Tomb of the Unknown Soldier

The Arlington National Cemetery is an incredibly moving place to visit and pay respects to those who gave all for their country. Be sure to visit the poignant Tomb of The Unknown Soldier, which represents the bodies of those soldiers killed in wartime conflicts that were never able to be identified. Soldiers from each American war or conflict have been laid to rest here, and the grounds are guarded around the clock by military personnel. 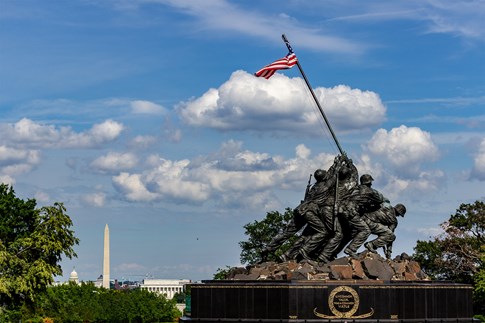 This statue in Arlington, Virginia, is based on an iconic, Pulitzer Prize-winning photograph. More commonly known as the Iwo Jima Memorial, the bronze sculpture depicts the famed photograph of six soldiers working in tandem to hoist the American flag on the beaches of Japan’s Iwo Jima Beach during the Second World War. The event signified victory and the end of the American campaign in the Pacific during the war. 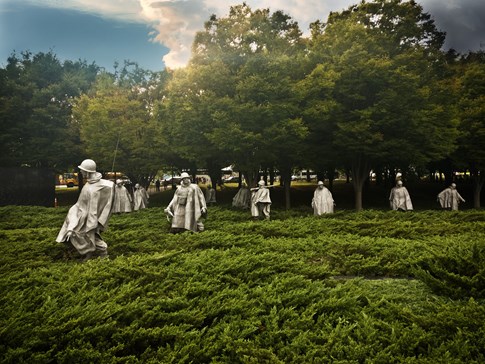 Located along the National Mall, the Korean War memorial features statues of soldiers erected in stainless steel. These soldiers, who represent each branch of the US Military, keep watch over a wall featuring sandblasted depictions of troops moving into battle by air, land, and sea. 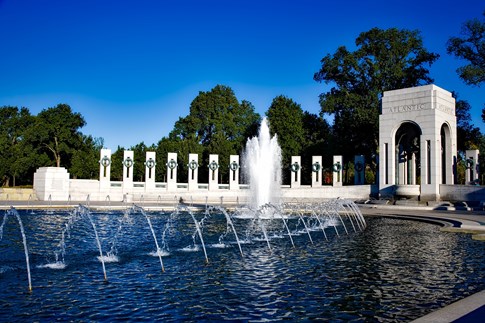 Among the newer installments in Washington DC, this memorial opened in 2004 to pay tribute to the 400,000 men and women who perished during WW2. Consisting of 56 pillars surrounding a reflection pool, the expansive site features two triumphal arches signifying the war fought on two fronts – in Europe and the Pacific. 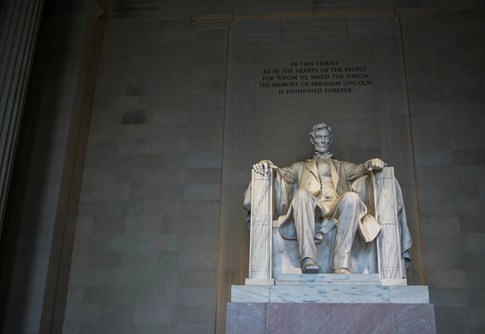 Visited by more than six million people annually, the Lincoln Memorial sits at one end of the National Mall directly across from the Washington Memorial. With its elegant steps and pillars, the monument features a replica of Abraham Lincoln sitting in an armchair, with the former President’s 2nd inaugural address carved into the marble wall. The Lincoln Memorial is not only the most visited presidential monument in the United States, it’s the single most visited monument of any kind in our country.

Inspired by Rome’s ancient Pantheon, the Jefferson Memorial reflects the architectural preferences of one of our great founding fathers. The domed structure features excerpts from the original Declaration of Independence inscribed in its marble walls. Inside, guests will find a statue of Thomas Jefferson erected in bronze. Surrounded by Cherry trees, the site is the home to Washington’s famed “Cherry Blossom Festival” each spring – an ideal time of year to visit the capital.

A different sort of memorial, this space is spread out over an expansive 7.5 acres. Dedicated in 1997 by then-President Bill Clinton, this relatively new DC memorial features four outdoor rooms for exploration – one for each of Franklin D. Roosevelt’s terms in office. The monument pays tribute to The Great Depression as well as Roosevelt’s famous fireside chats. Here visitors will find an array of sculptures inspired by photographs, including one of first lady Eleanor Roosevelt – making this the only Presidential memorial to pay tribute to a first lady.

Sitting at the base of Capitol Hill, this monument is a small-scale tribute in comparison to the others on our list, but an impressive stop nonetheless. The sculpture features Grant sitting on a horse atop a marble pedestal, facing west towards the Lincoln Memorial. It was during Lincoln’s term as President during the Civil War that Grant ascended to popularity as a powerful wartime General.

Celebrate an anniversary with an amazing trip

Vacations and info about the country's most iconic parks

Discover the best across the US

The Celebrations of La Fête Nationale

Why the French celebrate July 14

The History of Guinness