The National Parks of the U.S. are a universal treasure, visited by millions from around the world each year. Sights like the Grand Canyon, Yellowstone, and Zion are without equal anywhere on the globe. However, planning your own trip can be challenging. Lodging and campgrounds fill up fast, and it takes research to evaluate which attractions to focus on.

Visiting the parks on a guided vacation has lots of practical advantages. Leave the planning to an experienced Travel Specialist, and you can wake up right in the park without booking your lodging months in advance, renting an RV, or figuring out the whole car camping game. You can see more parks in a shorter time, and you don’t need to keep track of when in the day or in the season parks open or close. Instead of being behind the wheel thinking about navigation, driving, and finding the next gas station, you can ride high and enjoy the views from the window, stress-free.

National Park Tour Packages offer a richer experience: You’ll hear details about each park from an experienced, knowledgeable guide. The stories of the flora, fauna, geology and history they’ll share are fascinating, and make your visit all the more memorable.

Best of the Canyonlands

Colorful Trails of the Southwest

Wonders of the American West

Top 10 National Parks to Visit
We offer lots of options for easy, stress-free visits to many national parks. Here are the highlights of ten favorites, along with weather info to help you pack. 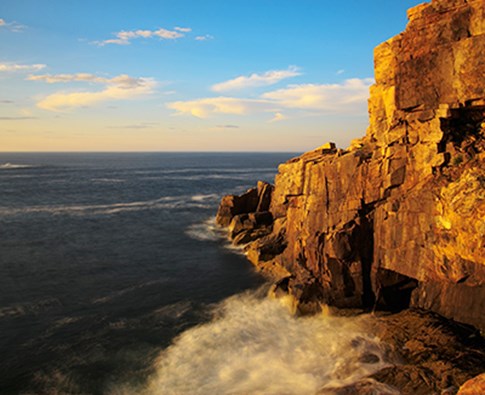 Maine’s Acadia National Park is the crown jewel of the North Atlantic coast, with a dramatic rocky shoreline, rich nautical heritage, and spectacular views from the top of Cadillac Mountain, the highest point on the U.S. east coast. Marvel at glacier-scoured pink granite peaks, ancient maple forests which blaze with color come autumn, and wildlife including bear, moose, whales, and seabirds. The 47,000-acre park is mostly on Mount Desert Island, overlooking the Bay of Maine and opposite from Nova Scotia. 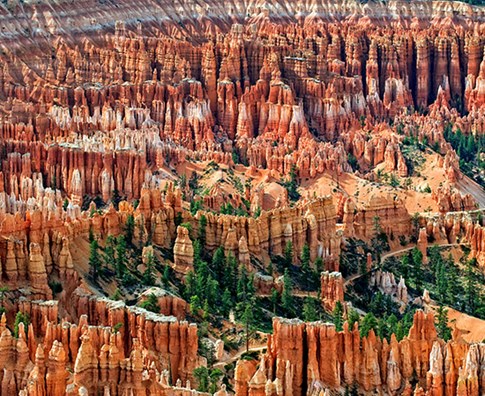 Bryce Canyon National Park’s signature eerie landscape results from repeated freezes and thaws eroding soft sandstone and limestone over millions of years, creating bizarre organic formations. The resulting hoodoos, irregular monoliths of rock, are curious and captivating geological wonders. Bryce has the largest concentration of them on earth, with a fairytale landscape of rock cathedrals and hideaways in gorgeous shades of red, pink, orange and gold. Look for bristlecone pine trees, the longest living tree on earth. The surreal landscape hides mammals including coyotes, mountain lions, pronghorn antelopes, prairie dogs and ringtails, a cousin of the raccoon. Other creatures include horned lizards and rattlesnakes. The ultra-dark night skies offer superb stargazing. 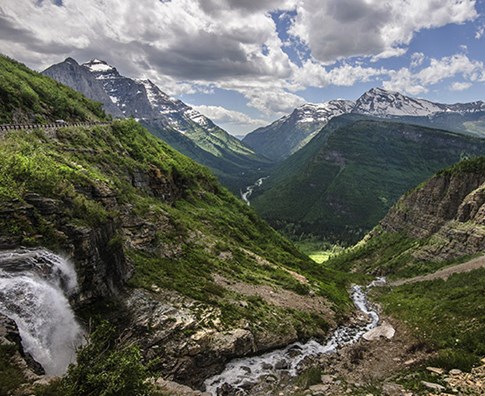 Secrets of the Rockies and Glacier National Park 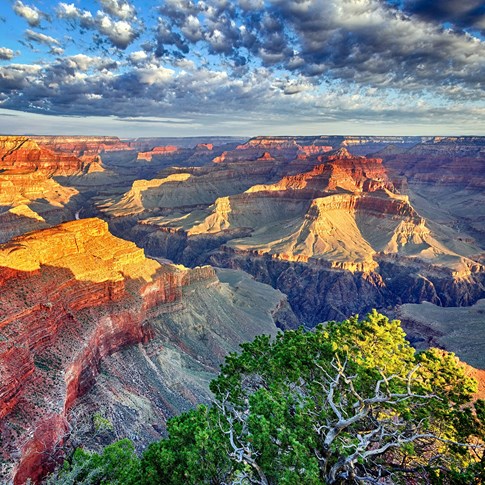 Few places are more awe-inspiring than the Grand Canyon, one of the world's seven natural wonders and a UNESCO World Heritage site. See the sun set or rise over this mile-deep canyon, igniting its walls of red and ochre into a mesmerizing tableau. The corrugated canyon walls tell a story that grows more ancient as they descend. The oldest rocks, formed almost two billion years ago, were uncovered as the mighty Colorado River carved a gorge starting 5-6 million years ago. The uppermost rock layer, Kaibab limestone, was formed at the bottom of the sea - learn how it traveled to its present elevation of 9,000 feet. Animals here include elk, grey foxes, bobcats, mountain lions, bighorn sheep, javelina, and Gila monsters.

Colorful Trails of the Southwest 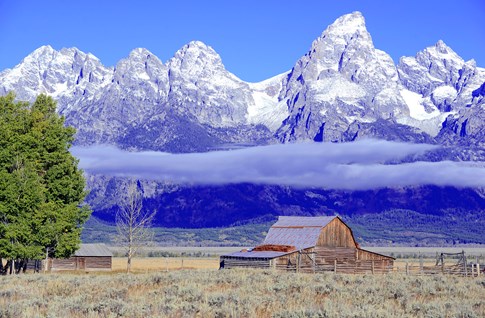 Grand Teton National Park embodies the romance of American wilderness, with alpine landscapes flanking 12 glacier-carved, snow-capped summits. Learn the fascinating history of the many tribes that called the area home at the Colter Bay Visitor’s Center. Spring wildflowers and fall leaves accent beautiful trails ascending over rocky terrain, with creeks splashing past. Listen for the whistle of the marmot, and keep an eye out for bison, moose, grizzly bears, black bears, ospreys, and bald eagles. The excellent trout fishing attracts anglers seeking the native Snake River cutthroat trout, among other fish. 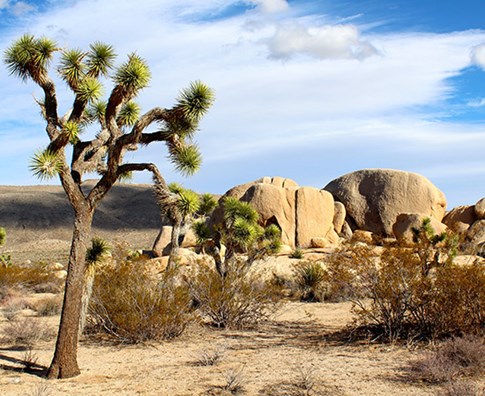 Best of the West

California and the Golden West 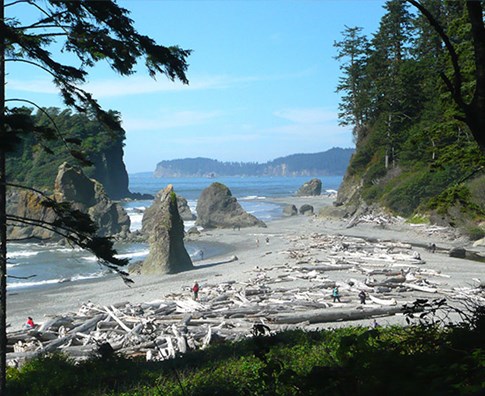 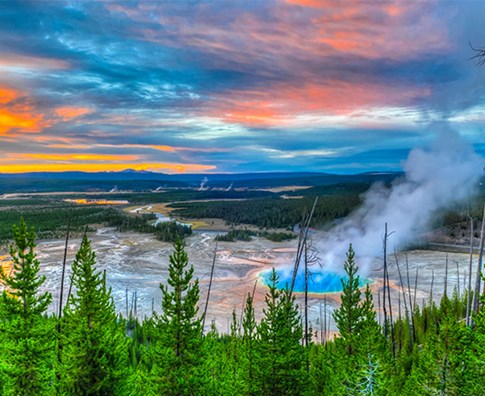 Most of the 2.2 million acres of Yellowstone National Park lie in Wyoming. America’s legislation to protect this geothermal wonderland inspired national park systems around the world. Old Faithful geyser is just one of a myriad strange phenomenon, along with bubbling mud pots, steaming rainbow hot springs, steam vents, and the multi-colored travertine terraces of Mammoth Hot Springs. A truly wild place, Yellowstone’s valleys, passes and canyons are home to bison, wolves, grizzlies, beavers and elk. Visit the soaring lobby and massive fireplace of the Old Faithful Inn, an icon of rustic national park architecture. 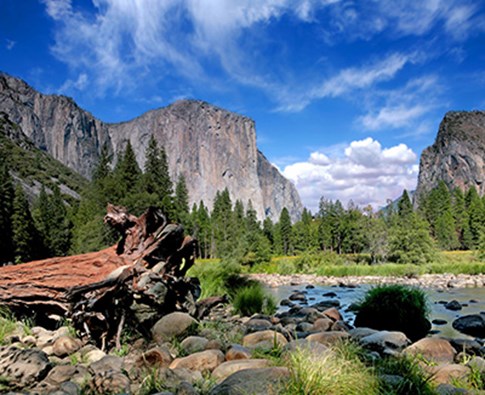 The extraordinary Yosemite Valley, carved by glaciers and punctuated by waterfalls, astonishes visitors with its grandiose beauty. Iconic Half Dome and massive El Capitan stand guard over a valley floor overflowing with meadows and fragrant forests, where Yosemite River flows after falling nearly half a mile in a series of three drops – North America’s highest waterfall. Keep an eye out for black bears, mountain lions, mule deer, fishers, foxes and bighorn sheep

Best of the West 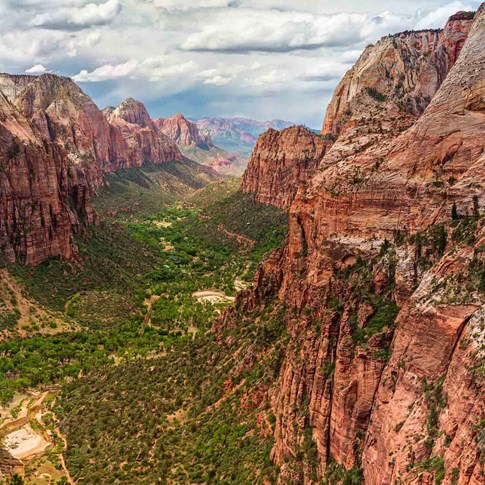 Soaring sculpted cliffs of pink, cream and red make Zion National Park a memorable destination. Hiking through the surreal slot canyons, where channels of water have eroded sandstone, is a magical immersion in curving surfaces of gold and red, bathed in amber sunlight. The rippling colorful cliffs contrast with brilliant blue skies above and wooded flanks below. Hike along the Virgin River or to the three Emerald Pools. Zion is rich in biodiversity: look for California condors, Peregrine falcons, bald eagles, kangaroo rats, bighorn sheep, mule deer, foxes, and bats. Very lucky visitors may spot the rare desert tortoise. 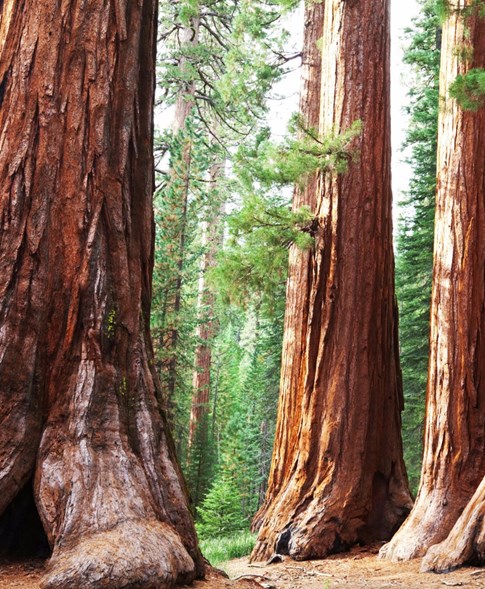 HISTORY OF THE NATIONAL PARK SYSTEM
The National Park system was launched when Congress established Yellowstone National Park in the Territories of Wyoming and Montana. Since this preceded statehood for both territories, they were placed under federal management within the Department of the Interior.

In subsequent years, the government protected many more areas, many of which were also in federal land. The system was piecemeal: designations included National Parks, National Monuments, Historic Monuments, Natural Areas and Historic Areas. The administration was spread among the Department of the Interior, the War Department, and the Forest Service within the Department of Agriculture.

By 1916, there were 35 national parks and monuments managed by the Department of the Interior. That year, President Woodrow Wilson established the National Park Service to protect and administer these and future national parks.

THE MISSION OF THE NATIONAL PARKS SERVICE
The National Park Service preserves unimpaired the natural and cultural resources and values of the National Park System for the enjoyment, education, and inspiration of this and future generations. The Park Service cooperates with partners to extend the benefits of natural and cultural resource conservation and outdoor recreation throughout this country and the world.