Bisected by the Danube, Budapest combines old and new, East and West with vibrant and inviting grace. Made up of two parts—Buda, on the east side of the river, and Pest, on the west—the city offers dazzling architecture, welcoming cafés and startling reminders of both recent and long-ago history.

Visiting the “City of Spires” is the perfect way to begin or end your enchanting cruise. Prague has been a center of arts, commerce and politics for a thousand years, and it offers a stunning array of medieval, baroque and art nouveau architecture. 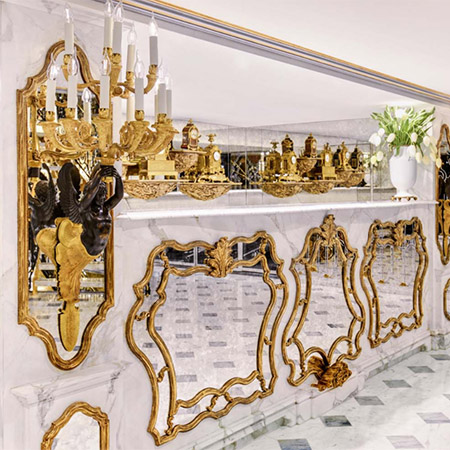 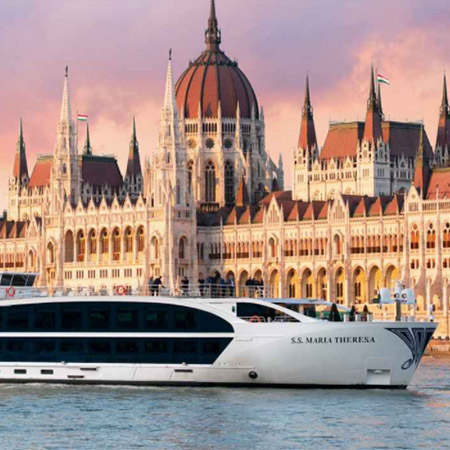 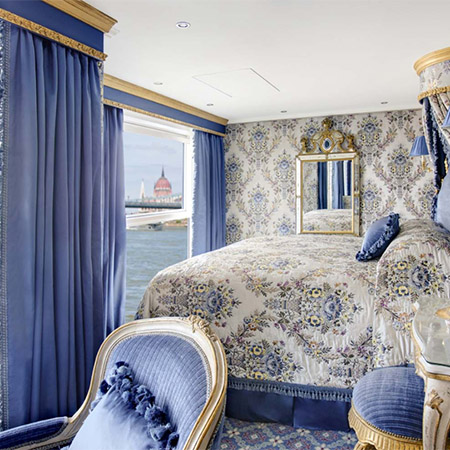 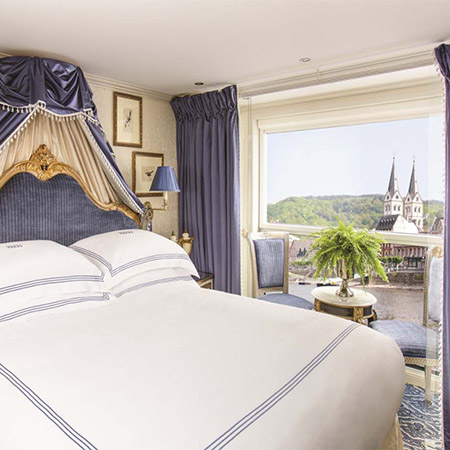 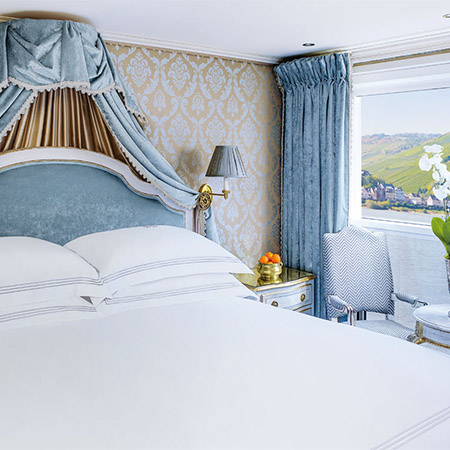 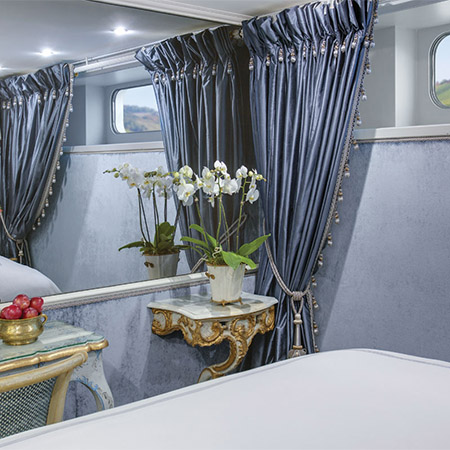 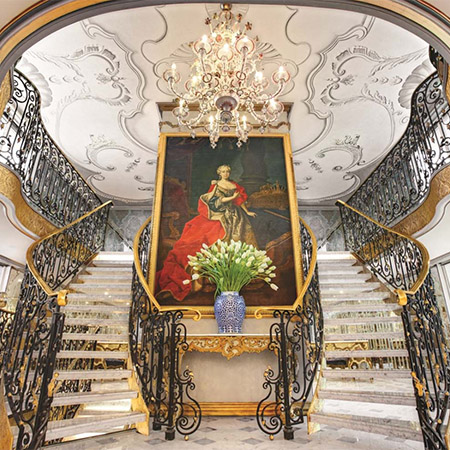 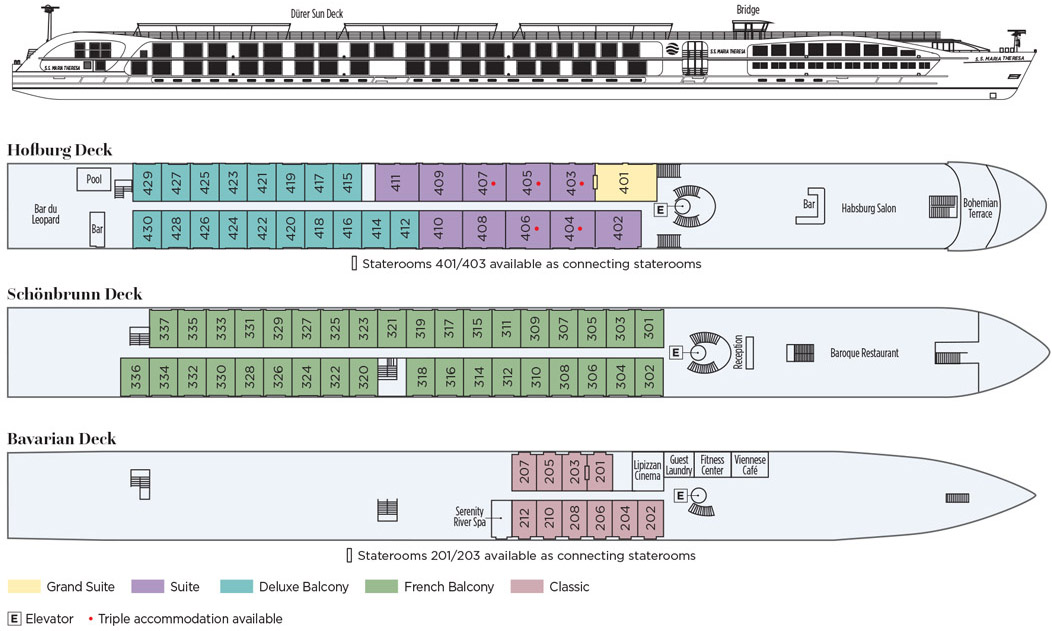 Service
Vacation
Independent Reviews
Enchanting Danube
Z Ming Ma
Sunday, April 28, 2019
Service It was an easy experience. But then it was the repeat of an aborted booking two years ago cancelled because of my wife's illness. So by itself, while it was expected I appreciated the ease this time, nonetheless.
Vacation The program was well planned and executed with excellent tour guides.
Enchanting Danube & Prague
Nancy Ingle
Wednesday, December 5, 2018
Service Bad treatment on flight. Failure to notify us of change in cruise. Assigned a room at opposite end of request. Substitute room was appreciably smaller than the one I paid for. Lack of activities on trip extensions. Very poor arrangements for dining near the extension hotels. Did not provide alternate modes of sight seeing in ports as highly touted in brochures..
Response from Grand European Travel:
Thank you reaching out to us. Someone from out Guest Relations team will be in touch with you shortly to gather more information.
Thursday, December 13, 2018
Vacation Verging on fraud. Am warning everyone.
Enchanting Danube
Samuel Hellwarth Jr
Monday, May 1, 2017
Service The service was excellent! The hard working staff was very friendly!
Vacation The jewelry was very nice.
Enchanting Danube
Trusted Customer
Monday, April 10, 2017
Service We were very satisfied with Grand European's service and freedom from errors in the booking. The Uniworld cruise on the Danube was excellent.
Vacation We thoroughly enjoyed our cruise. Service on the ship was excellent.
Enchanting Danube
Trusted Customer
Friday, October 21, 2016
Service We are repeat GE travelers, and have yet to be disappointed.
Response from Grand European Travel:
Thank you so much! We appreciate your business and faith in us! Grand European Travel
Tuesday, October 25, 2016
Vacation Uniworld lives up to all expectations.
Enchanting Danube
Trusted Customer
Sunday, September 18, 2016
Service The arrangements mad by GET were excellent. Our instructions were clear, and there were representatives to meet us and take us to our various destinations. The hotel in Prague, even though it wasn't the original one planned, was very good and we received excellent service, both from the hotel staff and from the Uniworld representative. The same experience repeated itself in Budapest. Our hotel was overbooked, so the Uniworld representative negotiatied room upgrades for everyone in our tour extension group, and we ended up in an apartment with full kitchen, dining and living room areas. It was too bad that we didn't need to use the kitchen!
Vacation The Cruise was wonderful. At each stop there were interesting things to do. My only regret was that there wasn't more time to spend in any one place, but that's a limitation of a one-week cruise. The cabins on the Uniworld boat were smaller than I was accustomed to, but it wasn't too bad, because we spent so little time in our cabin. The programs on board ship, as well as the excursions were varied and interesting.
Enchanting Danube
Trusted Customer
Sunday, July 17, 2016
Service We were very impressed with the entire crew's friendliness, kindness and readiness for any help.
Vacation This was a very well organized cruise!
Enchanting Danube
Trusted Customer
Wednesday, July 13, 2016
Service We like Grand European Travel, their agents, and their products. We have used them over a half dozen times and twice for river cruises.
Response from Grand European Travel:
Thank you so much for your repeat business and your wonderful comments. We couldn't be happier that you enjoyed your River Cruise and those Austrian and Hungarian wines! We hope to see you again very soon. Grand European Travel
Friday, July 22, 2016
Vacation Enchanting Danube Overall, we had an awesome vacation. The River Beatrice staff made our second Uniworld river cruise another truly exceptional travel experience. Our first river cruise on the River Queen was awesome also. Our recent cruise from Passau to Budapest was perfect in almost every way. Our cabin was very comfortable and like the River Beatrice, was beautifully furnished. The food was delicious with lots of variety and healthy choices. The ship provided a wide variety of complimentary beverages including wines from the areas we were traveling thru. The onboard sommelier (Martin) described the different wines offered each night. I have a new appreciation for Austrian and Hungarian wines. The shore excursions were interesting, educational and mostly complimentary. However, it is the crew of the River Beatrice that made our cruise so special. Every crew member was extremely responsive to all passengers and they just could not do enough for us it seemed. The captain seemed to be everywhere and even wished us goodbye when we left the ship at 5am. Carla, the hotel manager, was charming, professional and always smiling. Likewise, Roberto, the restaurant manager, was warm, efficient, and very effective in discussing with and meeting passengers culinary needs. Like after our first Uniworld river cruise, we cannot wait until our next Uniworld river cruise.
Enchanting Danube
Trusted Customer
Saturday, July 2, 2016
Service Pace was perfect, shore tours were first class -- a real pleasure.
Vacation Grand European Travel and Uniworld don't stress enough in their ads the ALL-Inclusive nature of their trips. Having just come off of a( Holland America) cruise where EVERYTHING is extra cost, your free wi-fi, included daily shore tours, included wine and beer, etc., was really appreciated!
Enchanting Danube
Trusted Customer
Monday, June 13, 2016
Service As we were a bit of a pest, I'm sure they were happy to see us go!!
Vacation The cruise was great and the crew was wonderful. The room was a lot smaller than expected. The only negative was, as other boats came in to dock, they were ******* to us so that our bedroom looked in to the same thing on the other boat. Your view was non-existent. We were not expecting that! The food was less than we expected,
See More Reviews