Check out our GETAWAY Deals

France: the land of sumptuous pastries, perfect bread, delectable coffee, and everything a foodie's heart could desire for breakfast or a light snack. To get you started on the local lingo, we’ve compiled a list of tips, tricks, and quick French phrases.

(Warning, we’re about to describe some incredible and delicious French pastries. If you’re hungry, you should probably grab a bite to eat before reading. Might we suggest a croissant or some slices of baguette, just to get the ball rolling?) 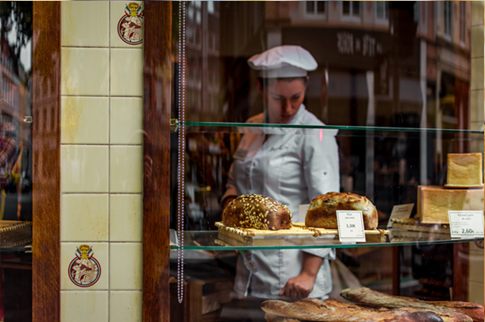 LET'S START AT THE VERY BEGINNING

Before knowing the names of specific French pastries or bread, it’s nice to learn how to say hello, thank you, please, goodbye, and a few other common phrases. Of course, you can always install a translation app on your phone to help out along the way, but for now, let's learn a few French basics.

To get by, try starting with these basic ideas and terms. That way, you'll get an idea of where to go for what, what certain terms mean, and some key ingredients.

Boulangerie – a bakery that focuses mainly on baking bread

Patisserie - bakery specializing in pastries and headed by a pastry chef

Crème pâtissière - Also known as pastry cream or 'crème pat,' is a rich, creamy custard thickened with flour. It is a key ingredient of many French desserts such as soufflés, fruit tarts, and mille-feuille (more later on mille-feuille). 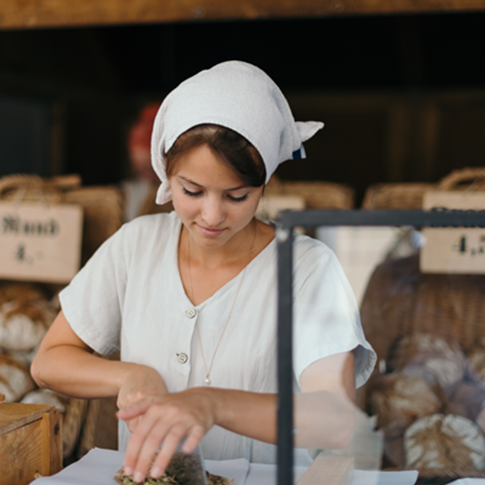 TOP FRENCH BREAD TO KNOW AND TRY
(besides the baguette)

Pain Boule, Boule de Pain, or Pain Boulot – The original French bread and the namesake of the boulangeries (bake shops). This is a round bread, boule translates to the ball, that stays fresher than its thinner cousin, the baguette. Seen on breakfast tables and as a staple bread across the country. This variety is also seen made in huge rounds that are pieced out into triangle sections to sell.

Pain aux Noix - A nut bread made with whole wheat flour and walnuts. Because the walnut is very highly regarded in France.

Pain Bis – A brown bread made with whole wheat, whole-meal, and rye flour. Hearty and delicious.

Pain Brié - A traditional wheat flour bread from Normandy. It’s actually the addition of butter that gives this yummy bread its name and flavor, not the well-loved French cheese. 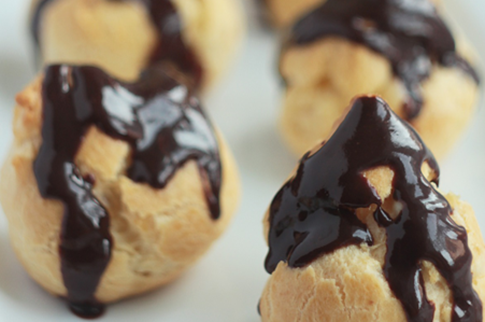 Okay, you’ve mastered the niceties and have some terms to work with, now you’re ready to learn the names of a few of the best pastries you’ll find at a French boulangerie or patisseries. Here are some of the essentials you’ll definitely want to try while you’re in France:

Chocolate Religieuse - two choux pastry cases, one larger than the other, filled with crème pâtissière.

Brioche - A fluffy, bread-like pastry that can be filled with fruit, chocolate, crème pâtissière, etc. (see below)

Tarte tropézienne - also known as "La Tarte de Saint-Tropez" is a sugar-topped brioche cake filled with crème pâtissière, or giant wonderful cream puff. Clever fact: This pastry was actually named by Brigette Bardot while she was in Saint Tropez filming!

St. Honoré, or Gâteau St. Honoré - A circle of puff pastry with a piped ring pâte à choux (choux pastry). The middle of this ring is then filled with crème chiboust and then small, sugar-dipped cream puffs line the edge and the whole is topped with whipped cream. Fit for a king and totally worth it. 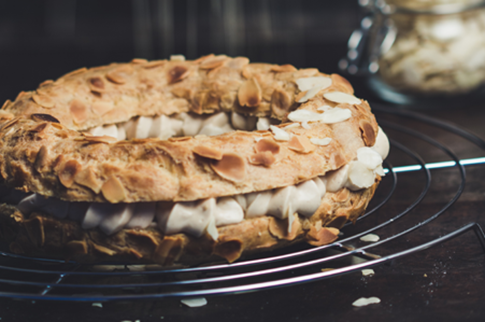 Paris-Brest - Named for a famous bike trek and resembles a bike wheel, it’s a cream puff with praline crème pâtissière and often topped with sliced almonds.

Kouign-amann (pronounced QUEEN-ah-mahn) – Also known as a Breton or Brittany cake, is made with croissant-like dough, extra butter, and cooked at low temperatures to create layers and a caramelized sugary crust.

Gateau Basque - A sweet and sometimes almond shortcrust cake filled with either vanilla or almond crème pâtissière and dotted throughout with dark cherries or cherry jam.

Beignets (pronounced bin-yays, ignore the g) – Almost like a French donut, except imagine a light, fluffy, a fritter-like confection that melts in your mouth. Often topped with powdered sugar or caramel.

At the center of the French pastry history and flavor is the macaron, which comes in more than 50 flavors, including chocolate, vanilla, lavender, strawberry, cheesecake, lemon, coconut, salted caramel praline, toasted marshmallow, cookies and cream, and red velvet, the flavor combinations are endless. To try them all would be practically impossible but do try the flavors you suspect you’ll like the most, and a few you may be surprised you find you like.

Onto the cream puffs! A French creampuff or choux à la crème is a traditional pastry typically filled with a crème pâtissière. Outside of France it’s seen filled with whipped cream, custard, ice cream, and even sometimes made with sour cream. The creampuff has become an international delight not to be missed. Again, try these in a variety of flavors—you’re sure to want to indulge once you’ve tasted a single creampuff!

Of course, there are a lot of French bread or pastries that are the same in English because they come from the French names you already know, for example, croissant, quiche, baguette, eclair, and various fruit tarts. However, because French patisseries offer dozens or even hundreds of different baguettes, eclairs, and tarts, knowing how to say the names of various fruits and other favors to pair with each can be helpful.

Overall, it’s important to practice gracious manners, enjoy yourself, and try to learn a little of the French tradition of baking as you visit various boulangeries and patisseries across France. Never be afraid to try new things—there are a ton of bread and pastries you may never have seen before, any one of which could become your new favorite! Remember the basics so you can show your gratitude in French for all the baked goods you’re going to enjoy.